‘It matters a lot to us’: Game of Thrones creators on finale
Recent View all
Technology
Read more

Home  »  Entertainment   »   ‘We want people to love it. It matters a lot to us’: GoT creators on finale 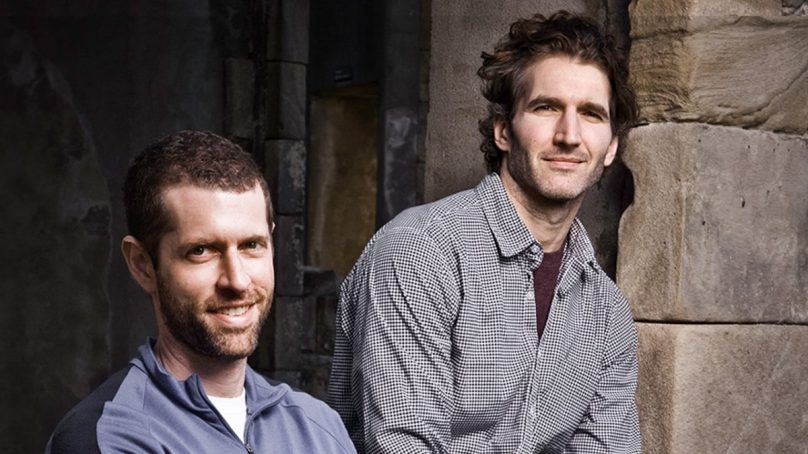 ‘We want people to love it. It matters a lot to us’: GoT creators on finale

David Benioff and D.B. Weiss, creators of the hit television series Game of Thrones said they knew how the show would end five years ago, and are anxious about the show’s finale.

“We want people to love it. It matters a lot to us,” said DB Weiss

“We also know that no matter what we do, even if it’s the optimal version, that a certain number of people will hate the best of all possible versions,” Weiss said in an interview with Entertainment Weekly that was published on Tuesday.

Weiss said he and David had “known the major beats for at least five years” of how the show would end.

The Emmy winning show set among warring families in the fictional kingdom of Westeros launches on Sunday and concludes on May 19. The last season is packed with six thrilling episodes, the last four are confirmed to be longer than an hour.

The two executive producers said it has grown harder and harder to keep details of the plots secret. Although based on Martin’s series of novels A Song of Ice and Fire, the show has long gone beyond Martin’s books.

“We won’t be relieved until the final episode airs without a leak. We’re certainly happy we got through production without a leak. But there have been issues that have happened in post-production, or a week before an episode airs. So, we’re entering the most dangerous time,” Benioff told Entertainment Weekly.

Weiss and Benioff said they plan to go offline when the finale is aired in May.

“We’ll be in an undisclosed location, turning off our phones and opening various bottles,” said Weiss.

“I plan to be very drunk and very far from the internet,” added Benioff.

Reema Khan shares ethereal photos from her trip to Jerusalem