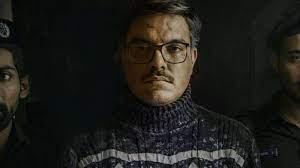 Yasir Hussain is filming for his upcoming film Javed Iqbal, based on the serial killer who killed 100 young boys in 1999. The film is directed and written by Abu Aleeha. Hussain took his social media to share the first look at the film. The poster grabbed everyone’s attention as he is dressed in a monochrome sweater as a middle-aged man.

Actor and singer, Ayesha Omar is also starring in the film as she shared the character reveal of Hussain and tagged him and the director on the Instagram story. The director has told the audience that soon, the actress’s look of the film will also be revealed on social media.