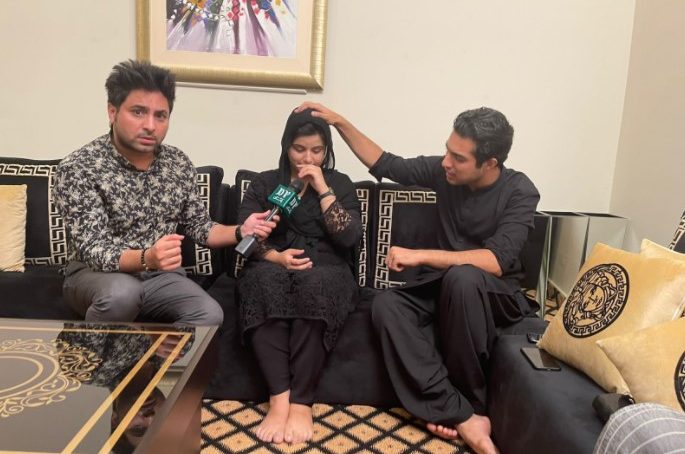 Yasir Shami and Iqrar Ul Hassan got a lot of flak for interviewing the assault victim of Minar-e-Pakistan recently. In the interview, the hosts sympathized with the victim and pushed her to file an FIR against the culprits who attacked her. This didn’t go down well with the public that called the interview a publicity stunt to get the ratings.

The heinous act of 400 men at Minar-e-Pakistan when surfaced the news, the duo immediately went to interview the victim who is also a Tik Toker, Ayesha Akram. People blamed Iqrar that a member of his team works with Ayesha and together, they had planned this incident to get famous and get the ratings.

Many people also criticized Iqrar for this is not how one should interview the assault victim and her face should have been censored. When the host tweeted about this incident, the comment section flooded with abuse, criticism, and online trollers.

Responding to the backlash, Iqrar said that he interviewed the girl because whatever happened to her was wrong and should be condemned.

Do you think the hosts did right by conducting the victim’s interview or was it really a publicity gimmick?