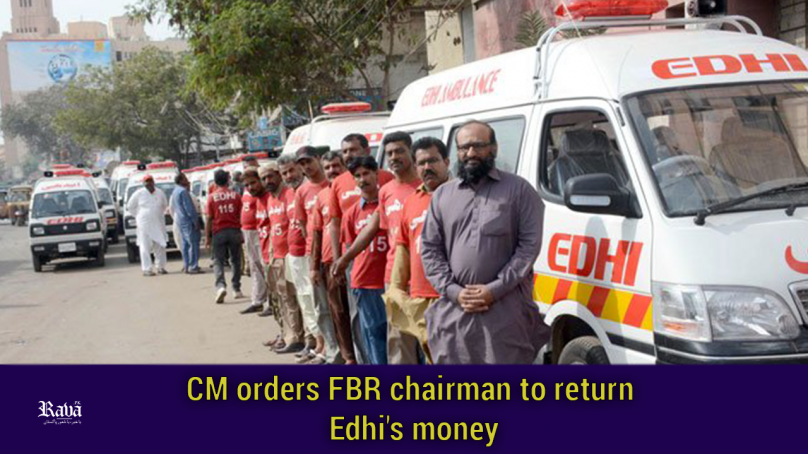 Sindh Chief Minister Syed Murad Ali Shah has instructed the Chairman of the Federal Revenue Board (FBR), Shabbar Zaidi, to refund the money paid by the Edhi Welfare Foundation, the largest non-governmental organization in the country, as a customs duty on vehicle imports.

In a letter to Zaidi, Shah said that during the fiscal year 2016-2017, the EWF had paid Rs180 million in taxes on the importation of 150 vehicles in addition to another 120 vehicles and 12 rescue boats purchased in 2018. “All the imported vehicles have been converted into ambulances but the paid tax amount has not been returned to the EWF,” the letter says.

Furthermore, the letter says that according to Saad Faisal, EWF’s managing trustee, a 4/4 land cruiser donated by a Pakistani philanthropist, was also in the customs department’s custody to be used as an ambulance. Shah has asked the head of the FBR to address the petition of Saad and release the vehicle so that it can be put to use.

A two-member team, including Saad, met last week with the Special Human Rights Assistant of the CM, Veerji Kolhi, who formally forwarded the request of the EWF to the CM.

Police authorities believe that Dua Mangi was kidnapped for ransom