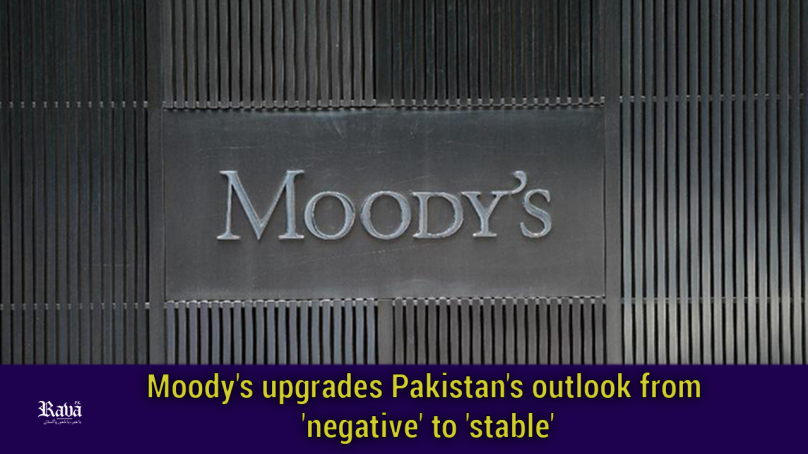 Moody’s Investors Services has fostered the country’s outlook from ‘ negative ‘ to ‘ stable ‘ as a sign of improving the economy, reaffirming the country’s B3 rating, the agency announced Monday.

In June last year, Moody’s had brought down Pakistan’s ratings outlook to negative, citing increased risk of external vulnerability owing to the reduction of foreign reserves.

While the overall statement by Moody shows that Pakistan is well on board with the guidelines of the International Monetary Fund (IMF), the rating agency has highlighted the challenges found by the IMF and the Financial Action Task Force (FATF).

“Moreover, while fiscal strength has weakened with higher debt levels largely as a result of currency depreciation, ongoing fiscal reforms, including through the country’s International Monetary Fund (IMF) programme, will mitigate risks related to debt sustainability and government liquidity,” it added.

“These credit strengths are balanced against structural constraints to economic and export competitiveness, the government’s low revenue generation capacity that weakens debt affordability, fiscal strength that will remain weak over the foreseeable future, as well as political and still-material external vulnerability risks,” Moody’s said in a statement.

Adviser to the Finance Prime Minister Abdul Hafeez Sheik also embraced the news and said that progress is an “affirmation of the performance of the government in stabilizing the economy of the country and laying a firm foundation for vigorous long-term growth.”

PPP To File Plea for Zardari’s Bail on Medical Grounds