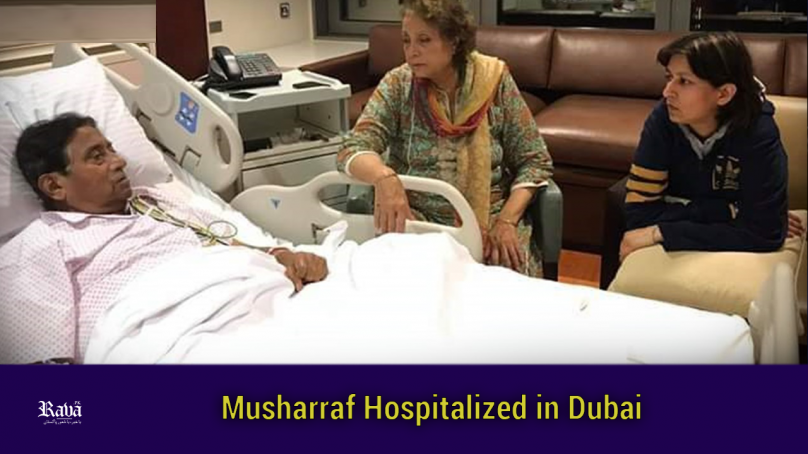 While complaining of pain in the spinal cord and chest in Dubai, former president Pervez Mushrraf was hospitalized on Saturday.

Party sources, however, say that Pervez Musharraf’s health, who is also chief of the All Pakistan Muslim League (APML), has improved and he has been advised a week’s rest by the doctors.

“He has some serious health issues and lately had been complaining of some pain in the chest, and anxiety,” said the party’s spokesman.

“The doctors visited him at his place of stay and recommended immediate admission to avoid any further complications. The former president has undergone a few tests which will help determine the state of his health,” he said.

After spending some time in the hospital’s Intensive Care Unit (ICU), he was shifted to a special ward. He has been put under monitoring for 24 hours.

The health of Mr. Musharraf deteriorated in May and he was rushed to a Dubai hospital. He was also admitted to a hospital before that in January after he fell ill.