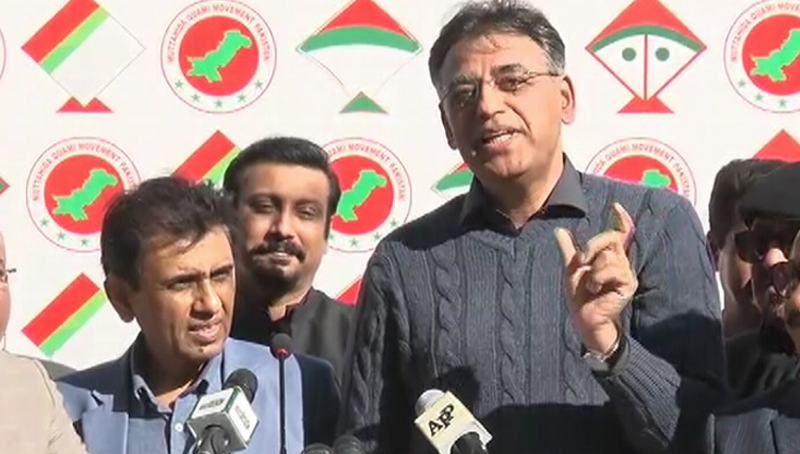 Ongoing talks between PTI and MQM-P have made headway

Asad Umar met with an MQM-P delegation in Islamabad earlier on Thursday in this regard. It was also followed by Sindh Governor Imran Ismail, Special Assistant to the Prime Minister on Accountability Shahzad Akbar and Faisal Sabzwari of MQM-P.

After the meeting, Asad Umar spoke to the media, saying that the meeting took place in a very cordial atmosphere and that discussions between the leaders were already underway.

“Both PTI and MQM-P are striving for development projects for Karachi and it is a stark reality that what the mega city deserves is not being given to it,” he maintained.

Imran Ismail also claimed that MQM-P would return to Federal Cabinet very soon. Most of the MQM-P concerns have been resolved, some matters were still under consideration, he added.

He further said they had been directed by Prime Minister Imran Khan to set a fast track for the pace of meetings and discussions with MQM-P. He also said that, “We have very good communication with MQM-P, we meet daily.”