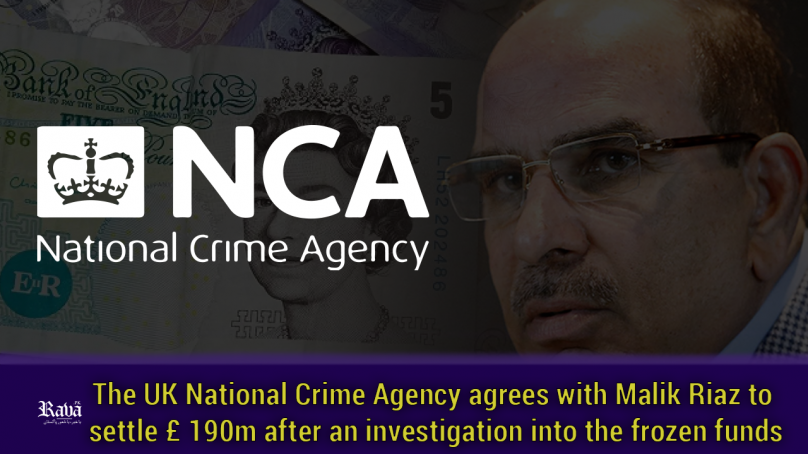 A settlement figure has been negotiated by the National Crime Agency (NCA) with a group holding large property projects in Pakistan and elsewhere. The deal involves an estate estimated at around £50 million in the UK.

The £ 190 million settlement is the outcome of an NCA inquiry into a Pakistani businessman, Malik Riaz Hussain, whose company is one of Pakistan’s largest private-sector employers.

In August 2019, eight freezing orders were received in conjunction with funds worth a total around £ 120 million at the Court of Westminster Magistrates. These accompanied a previous freezing order for £ 20 million in December 2018 in association with the same investigation. These freezing account orders are related to money held in UK bank accounts.

The NCA has approved a £ 190 million settlement offer that includes a property in the UK, 1 Hyde Park Place, London, W2 2LH, valued at about £ 50 million and all the funds in the frozen accounts. The assets will be returned to the State of Pakistan.

Due to Non-Professional Organizers, Akcent Refuses to Perform in Faisalabad

NAB withdraws the petition of Ashiyana scam against Shahbaz