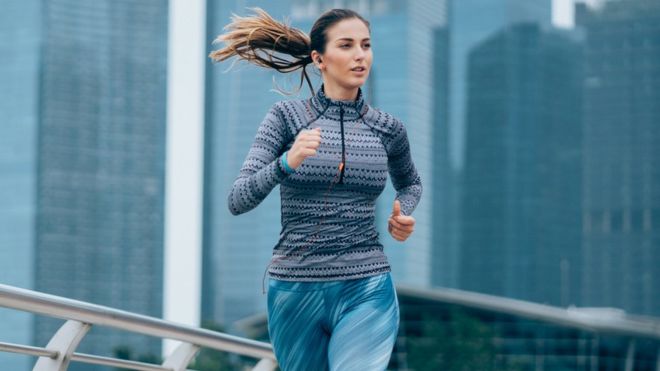 6 amazing tips that will help you improve your running performance

They can be seen in the streets and parks around the world leaning with all their weight on the trees, or with their legs stretched out on the benches of the squares.

And is that nothing like the runners more than a good stretch.

But doing it before or after the exercise is a subject that is still hotly discussed in the circles of the runners.

While some believe that it is the best way to warm up the muscles, others insist that stretching, once one has already warmed up, is much better.

However, judging by a new scientific analysis, both positions may be wrong: all those stretches may not have any impact at the moment of running.

This is one of several running rules compiled by a group of scientists from the University of California, Santa Barbara, United States, who analyzed 70 studies on this activity.

The team produced what is known as a “scientific synthesis” of tips on how runners can improve their performance.

Image caption If you go for a walk in the park, you will surely run into people stretching against a bench or a tree.

“Some of the discoveries we made were really amazing and others confirm what many runners already knew,” says Chris Lortie, a biologist at the National Center for Ecological Analysis and Synthesis of Santa Barbara, who led the analysis and is also an amateur runner.

“But we’re not trying to say how people should train.”

“Each person should look at their own results , think about what they are trying to achieve and apply what works for them.”

“People run for different reasons: some do it to be in shape, others to win medals and some just for the pleasure of being outdoors.”

Running is a sport that has become very popular in recent years, and more and more people sign up to participate in marathons.

Very few have enough money to pay a coach or to receive advice and therefore resort to disparate information found in specialized magazines or online.

“That’s why I decided to apply the kind of analysis I use to understand big ecological problems, like the effects of climate change, to running activity,” says Lortie.

The following are some of the “rules” -in fact they consider them more a guide, than a series of rules-more surprising than they found.

1 . Cold, to improve the resistance

For most runners, the idea of ​​cooling down before a jog does not seem to make sense. 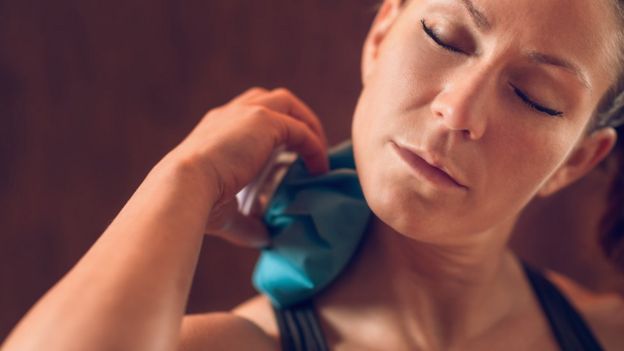 Image caption Pre-cooling allows the athlete’s body to work longer for longer, before it starts to overheat.

Common sense tells them it is better to warm up first to avoid the risk of injury and so that the muscles can work at their optimum level.

But Lortie and her colleagues discovered that chilling before running can, in fact, have a positive impact on long distance races.

“If you put ice on the back of the neck, this can make your body think you’re cold, never put the ice directly on your muscles, but when you put it on the skin, your body works more, as it thinks that your temperature has decreased. “

Pre-cooling allows the athlete’s body to work longer for longer , before it starts to overheat.

The exact mechanism of why it occurs is still unknown, but there are a number of theories.

One is that it slows the body’s natural response, which is to reduce muscle activity when there is overheating.

Another theory suggests that cooling can reduce the accumulation of lactic acid , which can increase at high temperatures.

Unfortunately, for those who prefer to run at full speed but little time, this rule does not work.

It only seems to work in cases where the athlete exercises for a prolonged period.

2 . Do not stretch if you do not have injuries

While stretching can be used to improve flexibility, Lortie’s analysis reveals that if you’re stretching to improve your performance, you’re wasting time.

Image caption Stretching works only if you’re recovering from an injury, according to science.

“This finding was a big surprise,” says the researcher.

“From the point of view of performance, (stretching) does not bring any benefit, it’s not going to make you run better or faster.”

“Stretching alone seems to work if you’re recovering from an injury as it helps stretch the muscle fibers as they recover.”

Professional sprinters already know this, but plyometrics (or jumping training) makes muscles work at their maximum strength in a short period of time.

Image caption Jumping can help you improve your speed.

The studies analyzed by Lortie and his team show that doing 10 weeks of at least 15 sessions per week of 80 high-intensity jumps can help increase the speed of the race.

For most of us, a day of recovery may mean spending the day in front of the television or in a bar, with friends.

Lortie has bad news for those who want to improve their performance.

In a study involving skiers who were competing and training, scientists asked a half to spend the following days in the chalet.

Image caption To recover, it is better to do moderate exercise than to do nothing.

“It’s something that we can all do differently, regardless of our level of training – try to make a slightly active rather than a passive recovery .”

At first you may not see the point in reducing training before a competition, but this can greatly improve your performance, according to research analyzed by Lortie.

The studies you examined showed that reducing training volume two weeks before a sporting event can increase your performance, on average, between 41% and 60%.

Image caption Before a race, you must reduce the number of kilometers during training.

“Many marathon training programs, for example, recommend cutting the mileage in the last two weeks,” he says.

“For many people this will be counterintuitive, but research shows that they can really improve your performance.”

“It is important to remember that not all athletes will see an improvement of 40%, but, on average, this seems to be the type of increase,” says the researcher.

“This is often the secret that many people who play sports overlook,” says Lortie.

“It’s about keeping your eyes on the target during all the suffering, if you forget about this, you’re lost.”

“There are many physical things you can do, you can have all the necessary equipment, but unless you have the right mental state, it will never be your best performance .”

For those who start running now, Lortie recommends setting small, achievable goals that can help you do that little bit extra when you go for a run.

“I choose a tree or something to where I’m going to arrive and, when I reach it, I choose another goal,” he says.

“In a race, I may choose someone who is ahead of me and I’m going to try to keep up, and that makes me run faster than I could in practice.”

This way of thinking, with the mind focused on an objective, has implications that go beyond athletics.

“Being aware of your goals and results is probably a good exercise in life, whatever you propose,” concludes Lortie.