Free services to save premature infants from going blind provided at the Ophthalmology department, JPMC, through the support of the Patients’ Aid Foundation (PAF) - Rava.pk
Recent View all
News
Read more

Home  »  Health • Rava Community   »   Free services to save premature infants from going blind provided at the Ophthalmology department, JPMC, through the support of the Patients’ Aid Foundation (PAF) 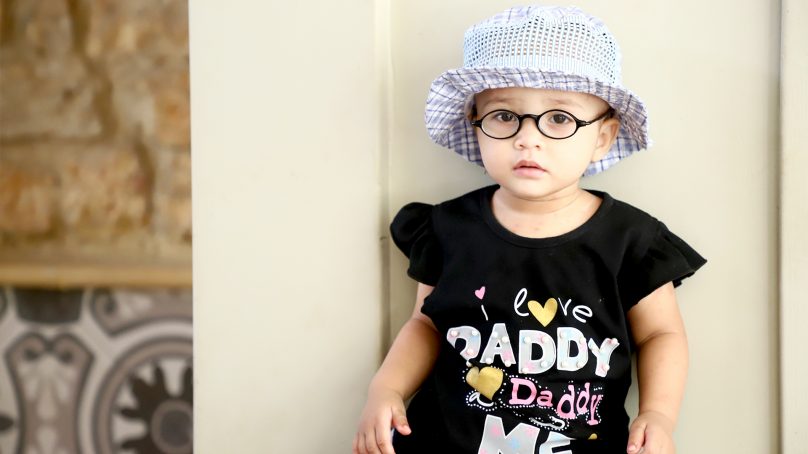 Free services to save premature infants from going blind provided at the Ophthalmology department, JPMC, through the support of the Patients’ Aid Foundation (PAF)

ROP is a potentially blinding eye disorder that fundamentally affects premature infants who are born before 35 weeks or are less than 2 Kgs in weight. When a premature baby is born, they are kept in an incubator in order to mature the lungs. The artificial oxygen in the incubator however leads to excess development of blood vessels which may damage the retina.

The threat of newborns going blind due to ROP continues to grow more than before in Pakistan due to a severe lack of awareness of the disease, appropriate screening criteria, delayed treatment as well as lack of expertise for the treatment of such babies. Infants from lower-class and middle-class families are at a greater risk for ROP due to not being able to afford the required treatments.

Ayra Fatima was born prematurely on the 15th of February in 2020. She was born just after 7 months of pregnancy and weighed only 1.6Kgs. Exactly after 1 month of being born, Ayra’s parent’s world came crashing down on them as she was diagnosed with a severe case of Retinopathy of Prematurity (ROP) on the 15th of March, 2020. They tried to get her treatment but to their dismay, every hospital they consulted quoted no less than 100,000 for treatment.

Ayra’s family has a total of three members, her elder brother, and her parents. They reside in Karachi and Owais, her father works in a textile company where he earns an income of just 40,000 per month. Owais has got three siblings, two sisters and a brother, all younger than him.

The responsibility of his wife and kids, his parents and, his siblings is all on Owais as he supports them all. Therefore, he felt completely hopeless as arranging a sum of 100,000, an amount that is three times larger than his own salary, was impossible for him to do at such short notice. And so his apprehension grew because a delay in the treatment could lead to permanent blindness.

Owais and his family desperately started to look for other options to help Ayra get the treatment she needed and he came across the specialized Ophthalmology pediatric clinic at JPMC that has been set up by the Patients’ Aid Foundation (PAF).

Owais and his wife went to see Dr. Arifa Farooq on the 16th of March, 2020. Dr. Arifa Farooq is a Vitreoretinal fellow who, under the supervision of Prof. Dr. Alyscia Cheema, gave Owais the reassurance he needed.

For the course of Ayra’s treatment, a special Ranibizumab injection which is used to treat ROP was to be injected in her eyes. Ayra required two sessions of the injection which is actually quite expensive and costs 30,000 each. Ayra had her first session on the 20th of March and her second session was completed on the 27th of April.

Owais was very impressed with the infrastructure and the state-of-the-art equipment of the Ophthalmology department. He describes the staff as very friendly which guided him through the procedure of appointments, follow-ups, and initiated reminder calls – Not once did he have to chase them on his own, he added.

Ayra now has weekly follow-ups which will continue for a year and then monthly follow-ups which shall continue for up to 8 years. Owais is so pleased with the services that JPMC provided with the help and support of the Patients’ Aid Foundation (PAF) that he mentioned he will be recommending this facility to all the parents whose children are suffering from eye disorders.