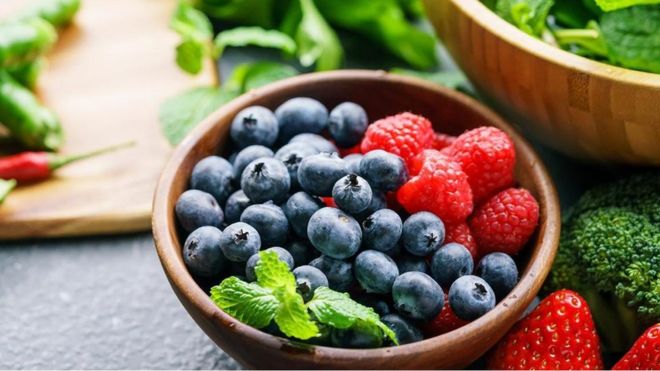 Are “detox” diets really good for your health?

If you have neglected your eating habits in recent times, the idea of ​​a detox or detox may be attractive to you: it would help you eliminate the excesses that you made at Christmas and New Year and start from scratch.

There are many products that offer this help, from massages and detoxifying shakes to herbal teas and starvation diets.

Many of them promise brighter skin, weight loss and a healthier life.

The idea of ​​cleaning your body of impurities sounds like a good way to start the year, but is there any evidence that it works?

The organism detoxifies itself

The first refers to medical detoxification programs that help cleanse people with a serious dependence on alcohol or drugs.

The other refers to the type of detoxification in the home that they sold us under the promise that they would eliminate the “toxins” from our body.

Modern life, of course, puts us in contact with many synthetic chemicals and natural substances , some of which can be toxic, but how much evidence is there that a detox eliminates them from our bodies?

It is true that the day you eliminate alcohol and commit yourself to a healthier diet, the toxins will leave your body. But this happens every day, not only when you drink raw vegetable juice.

The body already has its own intelligent system to get rid of toxins. If it were not like that, we would be in trouble.

Throughout the body there is a system that works to keep toxins out or eliminate them. Our skin acts as a barrier that causes the fine hairs of our respiratory system to trap the particles in the mucus so that we can sneeze.

Part of our intestine contains special lymphatic cells called Peyer’s patches, which form bundles in the lining of the mucous membrane.

The shape of these plates, which are located in the lower part of the small intestine, allows them to identify and eliminate harmful particles so that they are not absorbed into the bloodstream along with the beneficial nutrients of our food.

Although we might have the feeling that our intestines are somehow dirty and need a cleanup, they are just doing their job.

Meanwhile, your kidneys filter half a cup of blood per minute and excrete toxins such as urea, in the form of urine.

To what extent do they work?

In the case of alcohol, it is the liver that has the function of detoxifying you. It is a two-step process.

First, alcohol is converted by enzymes into acetaldehyde, which is toxic, and then it is quickly converted into acetic acid, then into carbon dioxide and water.

If you drink faster than your liver can metabolize alcohol, then this body can not continue to do its job, so your blood alcohol level will increase.

If you drink excessively, acetaldehyde can damage your liver.

But the liver is able to detoxify the body successfully, when it comes to more moderate amounts of alcohol. This organ is another of the detoxification systems that we carry with us all the time.

So, to what extent do detox diets work ?

These procedures range from simply eliminating alcohol, caffeine and refined sugar, to much stricter diets in which only are liquid drinks for several days before gradually reintroducing small amounts of food.

In 2012, Edzard Ernst, professor emeritus of complementary medicine at the University of Exeter, tried a systematic review of the existing literature on these diets, but found it impossible to isolate enough studies on the subject, because much of this literature had to do with studies on programs for drug detoxification.

In 2014, two researchers from Sydney, Australia, managed to publish a review of studies on detoxification diets.

The researchers could not find randomized controlled trials of commercial detoxification diets, although they did find a small number of studies without control groups.

For example, in a research on a seven-day detoxification diet, carried out in 2000 with only 25 people, the participants felt healthier after the study and there was a trend towards better liver function.

The improvement, however, was not statistically significant.

They also found small trials that analyzed the removal of specific toxins from the body, but again most were small, did not include controls or had other faults.

The authors concluded that there is a lack of elements that prove that detox diets have a beneficial effect.

These elements place the popular fashion in the field of the anecdotal.

People who make quick diets or fasts with juices usually lose weight in the short term, but it is difficult to find evidence that they stay at that weight in the long term.

So, is it worth bothering to follow a detox diet ?

In the case of alcohol, it is healthier to avoid it for several days each week of the year, than for a few weeks during a single detoxification.

Of course, it is also beneficial for health to spend a period of time eating more fruits and vegetables.

Quick solutions are not as beneficial as following a Mediterranean diet and exercising regularly. But the idea of ​​detoxification is something that many find attractive.

If you feel good about punishing yourself by compensating your excessive indulgences, it may be your sins and not your toxins that you are willing to wash.

In any case, it is possible that psychologically a detox can help you to have a new beginning, a break between your old habits and the new ones that you would like to acquire.

However, you must have a plan for what may happen next, or your old habits will return.

Maybe the way you should think about detox diets is like another metaphor to get rid of old habits, instead of something that removes impurities from the intestine and organs.

The human body is constantly detoxified without the need for teas, juices or special diets.

But you can help him do his job by eating a healthy diet, drinking water, exercising regularly and sleeping the necessary hours.