737 MAX 8 and MAX 9: Boeing asks to suspend all its MAX fleet for "precaution" after the accident in Ethiopia - Rava
Recent View all
News
Read more

Home  »  Hot Articles   »   737 MAX 8 and MAX 9: Boeing asks to suspend all its MAX fleet for “precaution” after the accident in Ethiopia 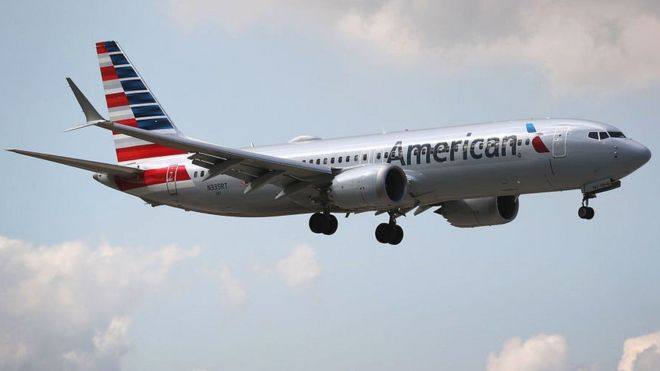 Boeing, the world’s largest aircraft manufacturer, on Wednesday recommended the temporary suspension of the operations of its entire model 737 MAX fleet, as a “precaution” after last Sunday’s accident in Ethiopia.

In a statement, the company ratified its “full confidence” in the safety of the model , although it alleged that, after several consultations with US aeronautical and transport authorities, it decided to request that the 371 MAX planes be left on shore.

“We are doing everything possible to understand the cause of accidents (…), implement security improvements and help ensure that this does not happen again,” said company president Dennis Muilenburg.

An Ethiopian Airlines 737 MAX 8 plane crashed shortly after takeoff, which raised suspicions about a problem with the aircraft model given the similarities with another accident in October of the Indonesian company Lion Air.

Boeing’s announcement came shortly after US President Donald Trump announced that the Federal Aviation Administration (FAA) would “immediately” suspend the use of the 737 MAX aircraft models. 8 and MAX 9 of Boeing. 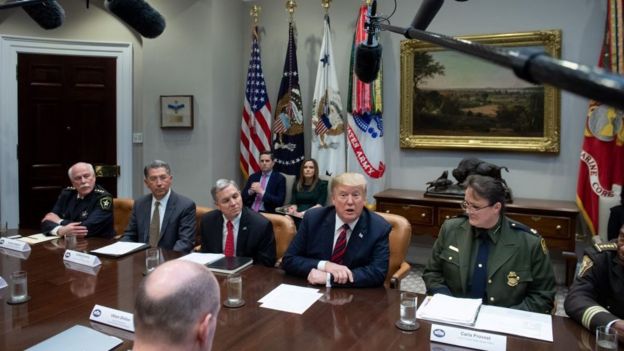 Copyright of the AFP image

“Any airplane that is currently in the air will go to its destination and, subsequently, will be left on land until further notice,” the president said.

The FAA, which held until Wednesday that the plane model was safe, explained in a tweet that new evidence from the site of the accident in Ethiopia “along with satellite data” led to the decision to leave these planes on the ground.

He also indicated that the decision will remain in effect “until additional investigations are carried out”, including the examination of the black boxes and voice recordings of the cabin of the aircraft damaged in Ethiopia.

The United States was the last country with fleets of 737 MAX to suspend its flights, after the plane crash last Sunday that left 157 dead.

Shortly before, Canada also announced that it would land its 737 MAX, after a review of data from its experts found similarities between the two accidents.

The announcements from Canada and the United States joined a wave of countries that banned the use of this popular Boeing model.

Ethiopia and China were the first to make that decision, followed by other nations such as the United Kingdom, Australia, India and blocks like the European Union.

On Wednesday morning, a report was leaked to local media detailing several complaints from US airline pilots about alleged flaws in the control mechanisms of the 737 MAX 8, similar to those that led to accidents in Ethiopia and Indonesia.

What is the problem with MAX?

The Ethiopian Airlines plane crashed only six minutes on its flight, while Indonesia only five minutes later.

Flightradar24, an air traffic monitoring service, estimated that the planes registered problems in their speed and ability to maintain altitude.

The documents reveal that the pilots of the Indonesian airline reported that the autopilot had been activated only to make the plane lean down, which caused the warning system to alert of a potential fall.

Two other US pilots They reported incidents related to this sensor “angle of attack” (which causes the nose of the plane to tilt to increase speed) and software connected to it called MCAS (Maneuvering Characteristics Augmentation System).

That feature, which is new in the 737 MAX family, prevents the aircraft from pointing too steeply upward during takeoff, which could cause it to lose its lift.

However, according to the documents presented in the US Aviation Safety Reporting System, the system apparently fails and requires an accelerated descent.

The mechanism is controlled automatically, so several pilots have assured that it is difficult to suspend the blockade to take manual control of the aircraft.

In the cases reported in the United States – which could be solved without major incidents – the pilots were forced to intervene to stop the plane from falling.

After the Lion Air accident, Boeing issued a bulletin with measures to try to correct erroneous sensor readings that send information about the angle at which an aircraft is flying.

However, a US pilot claimed that the ruling was not really resolved and questioned the instructions for the operation of the aircraft.

“I wonder what else I do not know, the flight manual is inadequate and almost criminally insufficient,” says the anonymous report to the Aviation Security Reporting System.

The FAA, which provides safety certification for new aircraft, was under intense pressure after other aviation authorities around the world decided to ban the 737 MAX flights.

Now, what is interesting, is what the American agency has said.

While the Civil Aviation Authority of the United Kingdom, for example, argued that its ban on MAX model flights was simply a precaution, the FAA has gone further.

The US regulator, which is involved in the investigation of the accident in Ethiopia, said it made its decision as a result of new tests compiled at the disaster site and analyzed on Wednesday, as well as satellite data.

That will sound the alarm bells at the Boeing headquarters in Seattle.

Since the accident, analysts have focused on the similarities between Sunday’s tragedy and Indonesia’s tragedy last October.