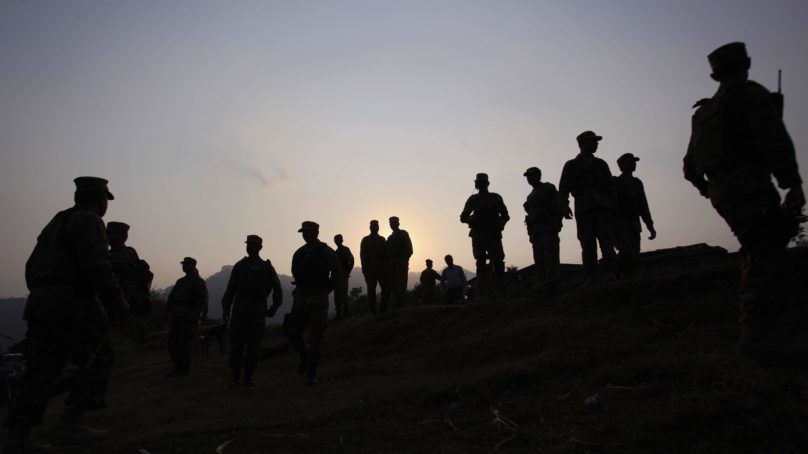 The Indian vice Chief of Army has expressed his fantasy desire of attacking Pakistan at own convenience. Acting like the kid who gets beaten up on the lot and instead of punching back, threatens of coming times, the Indian Chief sure knew how to fool his already dumb nation. Indian Vice-Chief of Army Staff Lt Gen Sarath Chand on Tuesday said what the Indian Army “will do” could not be discussed in public.

“We will do it at the time and place of our choosing,” Chand threatened, speaking at a public event.

Indian recently alleged Pakistan of mutilating their soldier bodies. Quite ironic this may turn out to be. In short the Indian forces in this unfounded allegation are admitting that either Pakistani soldiers penetrated in their borders, killed and mutilated their soldier bodies or else they did not kill them, rather, took them hostage. Either way round, this is definitely one proud moment for Pakistan. Because the last time we checked no soldier is willing to cross the border just to get killed and mutilated.

Indian military claims that the Pakistani forces fired rockets on two of their check posts and mutilated their foot soldiers. Again one party needs to cross over the other side. Believe us the protein deficiency is taking a toll on our poor neighbors.

Pakistan has however rejected the absurd claims and have maintained that it is not the Pakistani Army that has been recorded parading innocent citizens or humiliating them by forcing to wear or sing particulars. In short, Pakistan is not a rogue military where soldiers complain of their leaders’ maltreatments through social media. The Pakistani Army and all its auxiliaries are a professional outfit, who are recognized for their discipline and high integrity.

While we can simply laugh over the allegations this is not the first time our next door neighbors have made a mockery of themselves. The same claims of strike at a time and place of choice were made after Pathankot attacks, and apparently there was a surgical strike that decimated terrorists’ hideouts inside the Pakistani border. Fact check – no evidence was ever presented. The strike and the hideouts somehow evaporated. Where we do understand that the Indian military is poorly equipped, it is always nice to have video cameras with you. Here is a piece of advice for Mr. Chand(a), this time when you conduct one of your fantasy strikes, don’t do it on Mars and please do record. Is that clucking that we heard – perhaps someone chickened away.