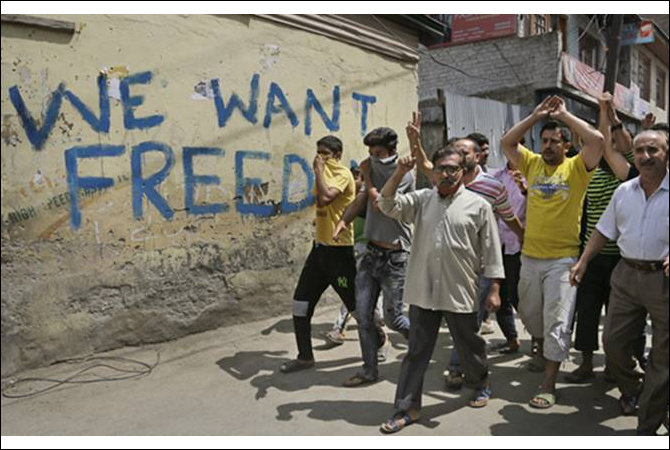 The Hurriyat forum led by Mirwaiz Umar Farooq termed the upcoming so-called Indian Parliamentary elections in the occupied territory as a futile exercise while urging people to stay away from the polling process.

Kashmir Media Service (KMS) reported that casting vote in the forthcoming elections cannot help in any way to resolve the Kashmir dispute.

A spokesman of the Hurriyat forum said in a statement that the Kashmiri people had repeatedly been urging New Delhi to resolve the lingering dispute peacefully through dialogue among the stakeholders – India, Pakistan and the people of Kashmir – but after the Pulwama incident, the Indian repression in the occupied territory had increased.

He pointed out that occupied Kashmir had been converted into a military garrison and an atmosphere of fear had been created to intimidate the people.

“Instilling fear and intimidation among people is at full display. Custodial killing is back. Resistance and religious leaders and youth are being arrested and shifted to jails outside the Kashmir valley and slapped with Draconian Public Safety Act (PSA).”

The forum further lamented that there is ban on peaceful protests and even seminars organised to honor our dear are not allowed. Unabated killings continue and the infamous operation “all-out” is being carried out with full force while people of Kashmir are shouldering the coffins of their loved ones,” he said.