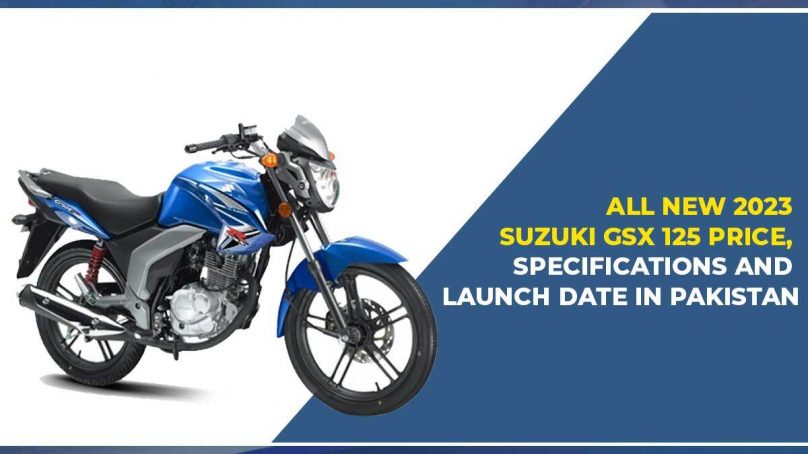 While bikes are not much of a craze in much of the developed world, in Pakistan, and many other South Asian countries, they serve as an inseparable part of an individual’s life. A poor or inadequate public transportation system in Pakistan has further added to a bike’s importance, especially for those from the low- or middle-income groups. Besides being fast and easy on the pocket, bikes offer an uncanny thrill to the devil-may-care youth that can’t resist the temptation of speed, which sometimes can be fatal. But the key benefits that make a bike a sought-after means of transport are its superb fuel economy and its ability to navigate through diabolical traffic jams of unwieldy cities like Karachi.

Now, there’s good news for bike lovers in Pakistan—especially those who are obsessed with the nuisance value of the Suzuki bikes. The company recently discontinued Suzuki GS 150 SE and is set to replace it with the spanking new GSX-S125 which will hit the market soon.

The all new Suzuki GSX 125 will replace the Suzuki GS 150 SE, which was retired by the automaker on July 16, and will be made available in Pakistan by Pak Suzuki Motor Company (PSMC). The Suzuki GSX 125 has reportedly already made it to Pakistan, and it was on show there during the Pakistan Auto Show (PAPS 2022) in Lahore.

Such classy roadsters are unquestionably every youth’s ultimate obsession. On the other end of the scale, though, you can also discover joy, enjoyment, and a little bit of adrenaline. Yes, we are referring to the inexpensive 125cc starter bikes. While not very common in the US, these inexpensive pocket rockets are a huge hit in Asia and Europe.

One such motorcycle, the Suzuki GSX-S125, has been revamped for 2023 with more than just new colors. The GSX-S125 now boasts a modified throttle body, a larger exhaust system, and a larger intake box thanks to Suzuki. But after it’s all said and done, this still comes out to be a baby Gixxer for the city.

Even though the upgrades are certainly welcome, Suzuki really needs to give this baby machine a comprehensive facelift. It keeps nailing the VFM factor by being the least expensive of the 125cc group. This aids in its ability to compete with the more attractive group, which also includes the KTM 125 Duke and our favorite looking motorcycle, the Yamaha MT-125, which once more inherits its intimidating appearance from its older, the Yamaha MT-03.

New paint treatments, a variety of mechanical upgrades, and an updated exhaust system give the Suzuki GSX-S125 of 2023 a burlier look while preserving the appearance of its predecessor.

The 2023 Suzuki GSX-S125 is still influenced by the Gixxer models that came before it, primarily the 2022 Suzuki GSX-S750. Most of its bulky components, such as the split seating arrangement and the hefty tank-mounted shrouds, are carried over from its larger sibling. Suzuki, though, has added three new colors to its smallest Gixxer to offer additional color.

It comprises the traditional Baltimore Blue with Suzuki’s well-known blue-and-silver livery, the sinister-looking Detroit Black with blue alloy wheels, the breezy-looking Seattle White with red alloy wheels, and the stylish Seattle White. These bikes urgently require a generation change; however, all these colors do refresh things a little.

The Suzuki GSX 125 is expected to launch by the end of the year, according to details. However, given the current state of the economy and the challenges the automobile industry is confronting in delivering of the vehicles, we should proceed with caution.

The Suzuki GSX 125 is expected to cost roughly Rs. 300,000 in Pakistan, which is pretty reasonable given the competition and the country’s present economic climate, which has seen the Pakistani Rupee hit a record low against the US Dollar.

Nevertheless, the launch price may be enhanced many times over if the Pakistani Rupee (PKR) continues to see a downward trend against the US dollar as it will force the company to adjust the price of the bike, which is reasonable given the current state of the economy.

Pak Suzuki confirmed earlier this month that it has discontinued the Suzuki GS 150 SE (Special Edition). The GS 150 (regular version) will still be made and sold, the company was clear to say. It is important to note that there have been whispers regarding its cessation for a few weeks. According to sources, there are a variety of potential causes behind this.

It might be wise to replace this bike with a new one because Suzuki bikes enjoy a devoted following among Pakistanis who enjoy lengthy travels, particularly in the north. These bikes are popular choices for riders because to their comfort and outstanding fuel economy.

Are you looking forward to the launch of the Suzuki GSX 125?