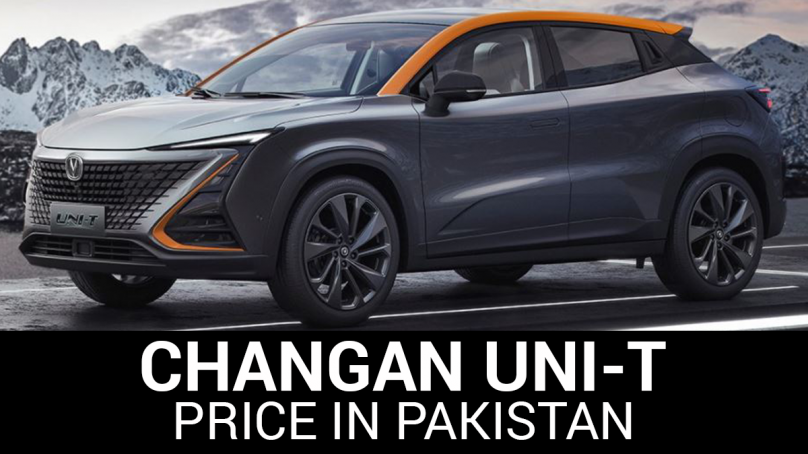 Changan Motors is bringing in magic in the market for its customers and it is going to be big. They have announced the arrival of Changan UNI-T which has promised a tangible future to Pakistan with their message “Future, Forward, Forever”.

Changan Motors is originated from China but now they have stepped into Pakistan automotive industry with some of their brand-new vehicles. One of them is Changan UNI-T. It was initially launched in China in 2020. With its boom in the country, it has caught the attention of many car lovers.

The petrol of this SUV produces 180 hp with a maximum torque of 300 Nm.

The sports model has been elevated with the L3 autonomous driving system with a 5-millimeter-wave radar system that has 12 ultrasonic radars.

The wheelbase of this SUB is 2710 millimeters. The vehicle itself is 1870 mm wide and 4515 millimeters long.

It has a wind-resistant body with aggressive LED lights in the front.

The central console inside the car offers smartphone connectivity to enjoy songs during the ride. Also, the console has 10.25 inches tilted screen.

The seats are covered with smooth and comfortable fabric.

The car is equipped with a keyless engine start and the rearview 360-degree camera helps the driver to park or reverse the car with knowledge of every object around it.

The trunk is spacious enough to carry heavy bags for your road trip.