A walkabout brings a slap in the face to the French President - Rava.pk
Recent View all
News
Read more 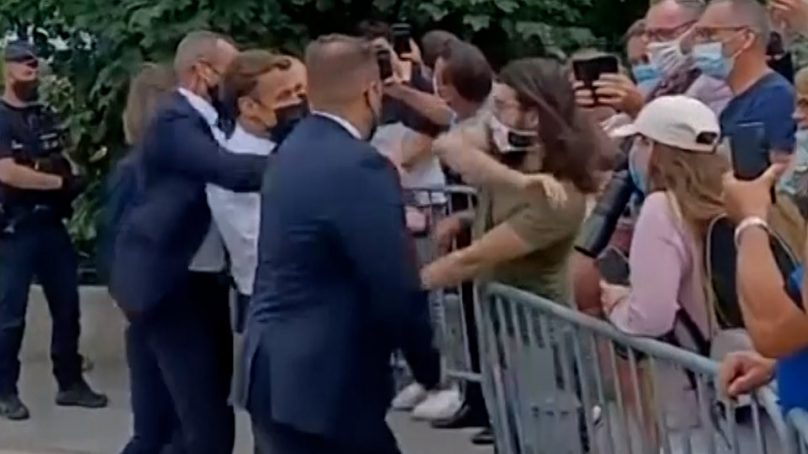 The French President Emmanuel Macron was slapped by a man in a walkabout that with a crowd that was held at the Drome region in southeastern France. The police have arrested two men after the incident. BFM TV and RMC posted a video where a man wearing a green T-shirt, a face mask, and glasses “A Bas La Macronie” (“Down with Macronia”) and slap Macron in the face.

The French President’s security quickly responded and pushed the man to the ground and took away Macron immediately.

The incident took place when Macron was visiting the Drome region in southeastern France where he interacted with the restaurateurs and students and discuss the situation after the pandemic. The Prime Minister of France said that a strike on Macron is an offense to democracy.