Accident in Sololá Guatemala: at least 30 dead after being hit by a truck while watching another accident - Rava
Recent View all
Reviews
Read more

Home  »  International   »   Accident in Sololá Guatemala: at least 30 dead after being hit by a truck while watching another accident 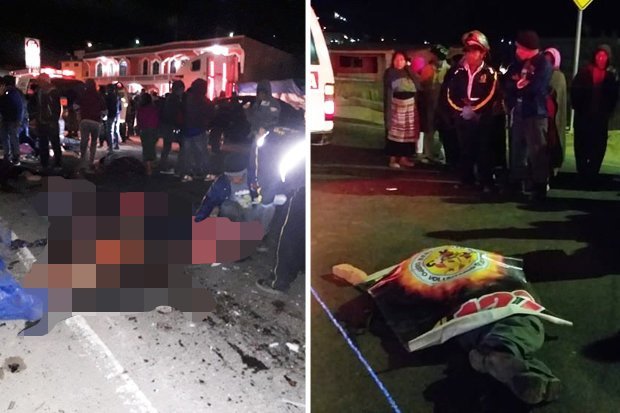 At least 30 people, including several women and children, died Wednesday in Guatemala, after being hit by a heavy transport vehicle.

According to official statements, several injured have been transferred to nearby hospitals.

The tragedy occurred on the Interamerican highway where, according to reports, a group of people gathered to observe another accident where a man had been run over, when the heavy vehicle that was going to “excessive speed” attacked them.

In social networks, several users have shared images and videos in which dozens of bodies lying on the ground can be seen and there are heartrending cries and cries from relatives, who ask for help.

It is reported that there are several women and children within the victims.

The local newspaper La Prensa quotes David Quisqué, from the Departmental Municipal Firefighters, saying that 17 injured people were taken to the Sololá National Hospital, which has already collapsed.

Another nine injured were transferred by the rescuers to the Regional Hospital of the West, in Quetezaltenango.

President Jimmy Morales lamented the tragedy on Twitter and said the authorities were coordinating actions to provide support to the families of the victims.

In a statement, the Guatemalan government described what had happened as a “national tragedy” and announced that as of this Thursday it will declare official grief for three days.

According to the authorities and rescue workers, the Interamerican highway is one of the most dangerous routes in the country .