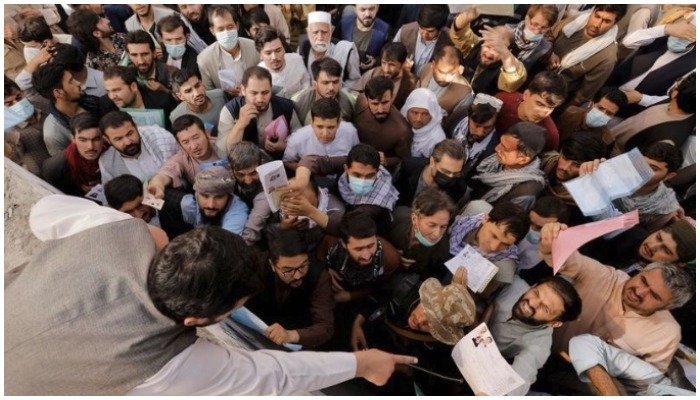 A number of Afghans thronged the passport office as soon as the news of travel document issuance was announced. As the situation started to get out of hand, the Taliban security had to resort to baton-charge to control the crowd. The services, which were suspended for three months after the Taliban takeover and the fall of Ashraf Ghani’s government, are set to resume this week. Due to the bleak economic outlook and precarious security situation in the war-battered country, the Afghans want to flee the country as soon as possible.

The crowd was pressed against the concrete barrier as they tried to give their documents to an official who was standing at the top of the barriers. To many people, the Taliban security men have asked to come back on Saturday.

The desperate Afghans want to leave the country immediately as poverty and hunger struck the country and there is no employment for people. For the future of their families, the applicants who had applied for the visa were not catered to by the Taliban men, leaving them in despair.

Do you think the situation in Afghanistan will improve once the process of visa issuance gets started?

US Deputy-Secretary of the State, Wendy Ruth heartbroken over earthquake in Pakistan