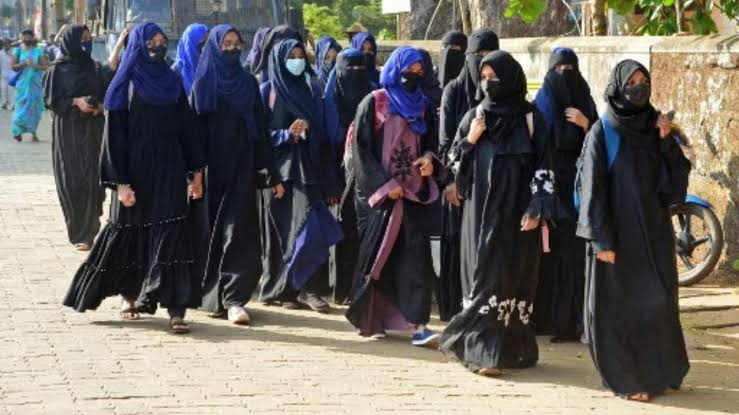 Bengaluru: School Girl Asked to Remove Hijab for Board Exams

Following Karnataka’s high court orders, the state government upholds the ban on hijabs in educational institutes. In the Hubballi district, a 10th-grade student was asked to remove her hijab and change into a school uniform. The student went to school in civil dress and was stopped from appearing for exams. According to Home Minister Araga Jnanendra, anyone violating the rules would face serious action and the government would not compromise on the high court’s orders.

He added, “Police will naturally take action against anyone violating the government rules. I am confident that no child will give opportunity for such things.”

A senior government official stated, “She had come for her exams in civil dress. She did not follow the uniform dress code and was wearing burqa. We convinced her that she has to follow the high court order. She changed and she is taking her exams now.”

Some Muslim girls also threatened to boycott the exams in protest. However, Karnataka High Court mentioned earlier this month that the hijab is not an essential practice and everyone must follow the dress code set by the court for educational institutes.