Border crossing with Tajikistan is seized by the Taliban - Rava.pk
Recent View all
News
Read more

Home  »  International   »   Border crossing with Tajikistan is seized by the Taliban 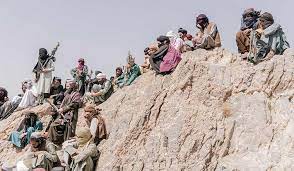 Border crossing with Tajikistan is seized by the Taliban

After an hour of fighting, the Taliban have succeeded in capturing Shir Khan port and the border check posts with Tajikistan. This seizure is considered the most important of the Taliban’s gain. Shir Khan Bandar is on the north side of Afghanistan located 50 kilometers away from Kunduz city.

The army officer at the location stated that they were forced to get out of the posts and some of the soldiers have gone across the border into Tajikistan as well. He also mentioned that there were hundreds of Taliban fighters and they had surrounded the whole area by the morning.

Emirates ramps up operations over summer to serve strong demand