Brexit: the British Parliament rejects for the second time the agreement on the departure of the United Kingdom from the European Union - Rava
Recent View all
Telecom
Read more

Home  »  International   »   Brexit: the British Parliament rejects for the second time the agreement on the departure of the United Kingdom from the European Union 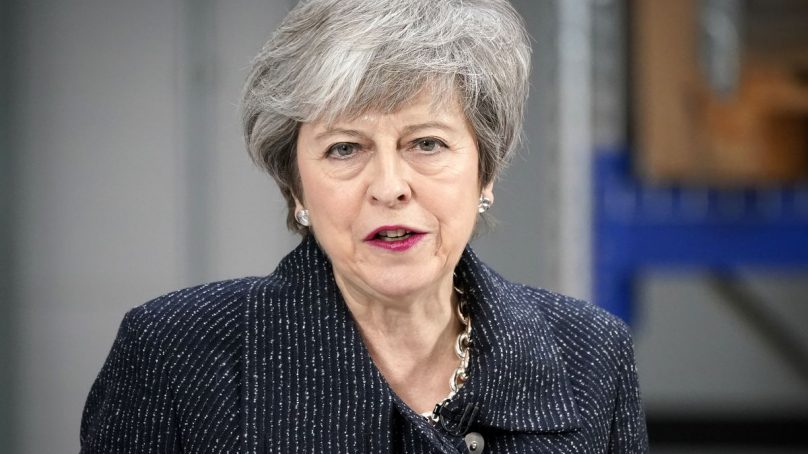 Brexit: the British Parliament rejects for the second time the agreement on the departure of the United Kingdom from the European Union

May regretted that parliamentarians rejected “the best and only possible agreement”.

The British Parliament rejected on Tuesday for the second time the agreement negotiated by Prime Minister Theresa May for the departure of the United Kingdom from the European Union (EU), scheduled for March 29.

The proposal renegotiated by May with the European authorities received 391 votes against and 242 in favor in the House of Commons.

The decision of the parliamentarians forces to carry out a new vote on Wednesday, in which the legislators will have to decide then if they want a “hard” Brexit , that is to say, an exit of the EU without there being any type of agreement that governs the relations between London and Brussels.

After the vote, May said he deeply regretted the results and again defended that his agreement is the “best and only” possible.

The leader of the opposition Labor Party, Jeremy Corbyn, who voted against the agreement, considered that after these results May should call elections.

Michel Barnier, chief negotiator of the European Union for Brexit, said in a Twitter message that the EU had done everything possible to help the agreement on the withdrawal of the United Kingdom prosper.

“This impasse can only be resolved in the UK Our preparations for a scenario without an agreement are now more important than ever.”

The main reason for the rejection of this new agreement was the situation on the border between the Republic of Ireland and Northern Ireland, which after Brexit would become the only land border between the United Kingdom and the EU.

There is a difficult challenge: how to avoid a border with controls and customs after the Brexit .

It is a proposal considered crucial for peaceful coexistence in the area, marked by a history of sectarian violence between Catholics and Protestants.

The solution agreed by May with Brussels was to establish a 21-month transition period (until the end of 2020) during which a free trade agreement between the United Kingdom and the EU would be negotiated to make such a border unnecessary.

During that period, Northern Ireland would continue within the common market and the EU customs union.

Those opposed to the agreement fear that a hypothetical lack of success in negotiating a trade agreement entails that situation with a Northern Ireland more connected to the EU than to the rest of the United Kingdom.

That proposal had already been rejected by lawmakers on January 15, when it was defeated with a vote of 432 against and 202 in favor.

After the first defeat, May renegotiated some “legally binding” changes with Brussels over the so-called Irish safeguard.

However, on Tuesday they were considered insufficient to guarantee that the United Kingdom would not be subject indefinitely to the EU because of this border.

Despite her efforts, the British prime minister failed to persuade many parliamentarians of her own party , the Tories , or her allies in the government of the Democratic Unionist Party (DUP) of Northern Ireland, that there were sufficient guarantees that the United Kingdom would not be trapped indefinitely in the controversial Irish safeguard.

One wonders how May was again seen in this situation again.

Only hours after the revision of the agreement was held in Strasbourg, it crashed again in Parliament.

Your rivals and allies offer a long list of reasons.

Their own inability to assert the authority of their office and convince the most reluctant in their ranks are known to all.

Copyright of the GETTY IMAGES imageImage caption Some of those who supported the Brexit have expressed their discomfort about the current situation.

Grief and misunderstandings with the EU play a role too.

Decades of fights over Europe within the Conservative Party are the root and part of the problems of ehoy.

But above all, May as prime minister has been trying to get what would have been clearly a challenge for any leader – to complete a great project, hated by many and adored by others – to persuade Parliament to disconnect the UK from the EU without a majority of deputies.

Your decision in 2017 to make such a big bet without having an absolute parliamentary majority on your part is still following you:

The vote on Tuesday triggers a new calendar of parliamentary activity that includes two other key votes on consecutive days, March 13 and 14.

This is because May vowed to allow, if his agreement were to be rejected again, the parliament could decide whether or not to allow the UK to leave the EU without an agreement. This was then embodied in a parliamentary amendment.

On Wednesday, March 13, British parliamentarians will vote if they want the country to leave the European Union without an agreement.

If they vote yes, the United Kingdom will leave on March 29 of the block of which it has been a member for the past 46 years.

If parliamentarians vote no, the next day they will face another vote.

This time they will be asked if they want to delay the planned date and extend the terms that allow renegotiation with the EU.

If this is rejected, the default legal position would be to leave the EU without agreement.

However, analysts consider it unlikely that parliamentarians will vote against the three things: May’s agreement, leave without agreement and reject Brexit.