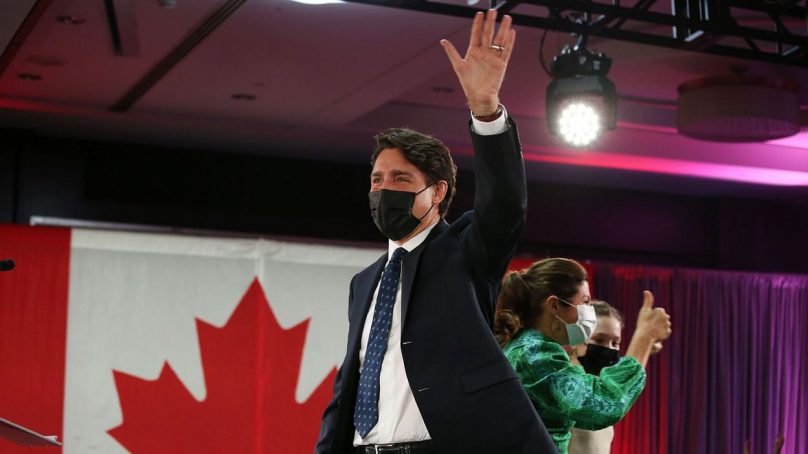 Canadian Prime Minister, Justin Trudeau has been re-elected but lost at securing the majority in the parliament, marking it as a narrow win. 49-year-old Trudeau who has returned to power called in a snap vote after two years amid the fourth wave of COVID-19 which was a pure gamble on his part.

Trudeau expected that early election and handling the pandemic with a high vaccination rate will help him rule the 2019 vote, however, his Liberal party failed to garner maximum votes. The Liberals have won 156 seats in the House of Commons losing by a good margin to win 170 for the majority. The opposition Conservatives scored 119.

The Canadian PM thanked his supporters who continued to work with him saying “we can only move forward if no one is left behind”.

These elections turned out to be a dramatic political turn and he came out of it as triumphant. After six years, the Trudeau government has done well for the country and he convinced the citizens to stick to his Liberal Party.

Trudeau will now be negotiating on several terms to keep the promises of the campaign including investments in senior homes, childcare, and climate-linked programs.