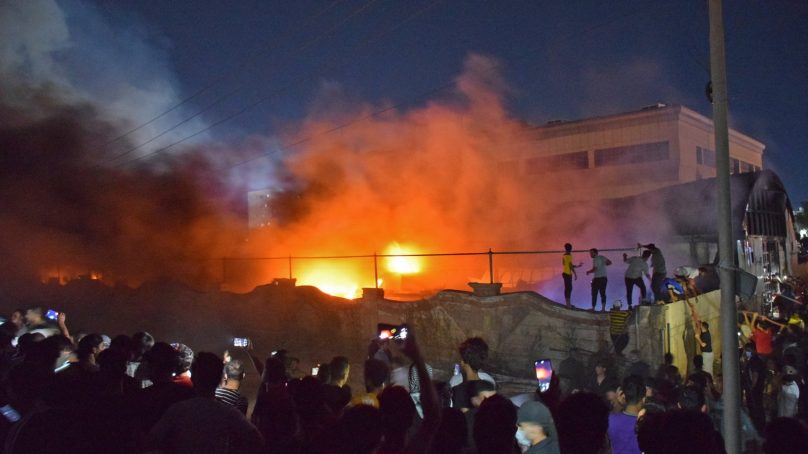 A fire broke out in the Iraqi hospital’s COVID ward that led to major casualties. 35 people died and 5 wounded due to the fire in the isolation ward in Nasiriyah. Out of 5 wounded victims, 2 of them are in a critical state. The victims lost their lives to severe burns and the search for the rest of them is still under process.

Thick smoke clouds were seen in the air as the ward erupted in fire. On a Facebook post, Iraq’s interior ministry said that the fore ripped through temporary structures to the main building. The ward had space to accommodate 60 patients. The cause of the fire is still unknown.