Crisis in Venezuela: the growing tension between Russia and the US for their positions regarding the Maduro government - Rava
Recent View all
Reviews
Read more

Home  »  International   »   Crisis in Venezuela: the growing tension between Russia and the US for their positions regarding the Maduro government 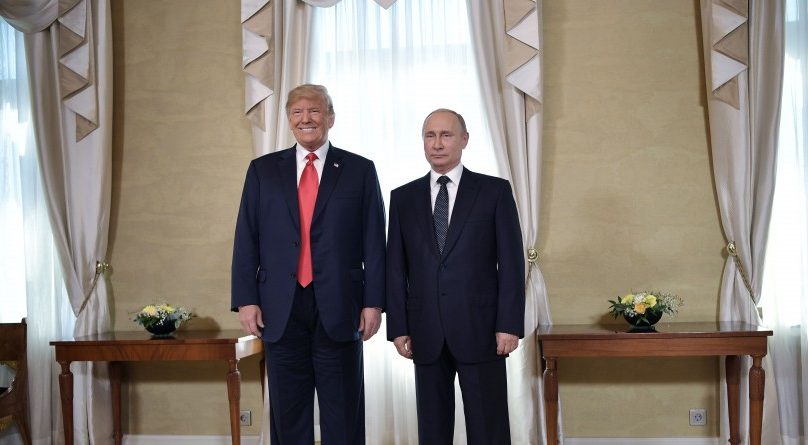 Trump and Putin do not give up their positions.

“The Russians will pay a price.” The warning was released Thursday by Elliot Abrams, the US special envoy. for Venezuela.

In an interview with the BBC, Abrams responded to the news that Russia sent military and equipment to Venezuela during the past weekend.

Abrams’ statements are just one more step in the growing tension between the two countries.

On the one hand, the USA Leads international pressure to the government of Nicolás Maduro. He has imposed sanctions and recognizes Juan Guaidó as president in charge of Venezuela.

Russia, for its part, consolidates as a key ally of Maduro. It lends billions of dollars to its government, supports its oil industry and its military.

Image caption A plane with a Russian flag at the Simon Bolivar airport in Caracas on Sunday.

Thus, the landing of the Russian military in Venezuela heats even more the spirits between the two powers.

On Saturday, March 25, two Russian military planes landed in Caracas with about 100 military and large amounts of equipment.

“Russia has to leave ,” Trump told a group of reporters while he was meeting with Fabiana Rosales, Guaidó’s wife. 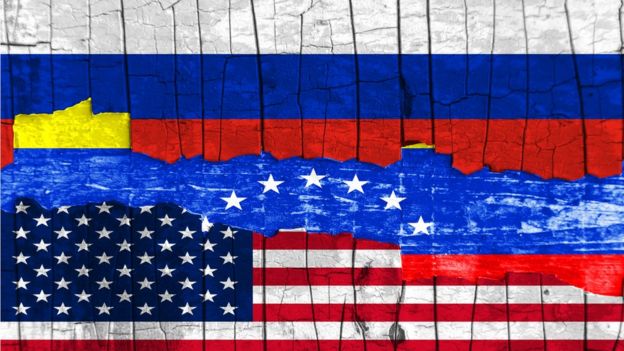 Image caption Venezuela is the point of discord between Russia and the USA.

When reporters asked how he could Trump Russians leave Venezuela, the president replied: ” T odes options are open.”

The reaction of Russia arrived on Thursday.

“What does it mean to go out? Are tourists the ones who have to leave? Are the energy companies the ones that have to cancel their contracts?” Said Maria Zakharova, spokeswoman for the Russian Ministry of Foreign Affairs, quoted by the RIA agency Novosti.

“Telling Russia to ‘leave Venezuela’ is excessive, this is gross rudeness on a global scale.”

How far can the tension go?

Dmitry Peskov, spokesman for President Putin quoted by the Tass news agency, said that the US It has presence in several parts of the world, “but nobody tells them where they should be or not”.

For its part, the USA He kept his announcement.

“My advice to people in Venezuela who think ‘all options’ is a joke or something symbolic that does not mean anything is that they do not test the president,” Abrams said in an interview with the BBC.

Image caption Maduro has the backing of Putin.

For the analyst Sandra Borda, professor of political science and international relations at the University of the Andes (Colombia), the arrival of the Russian military in Venezuela “is just natural.“

According to Borda, the US strategy to refer to “all options” as a sample of the possibility of using force may serve to convince Maduro to leave power.

“But if instead of giving in, Venezuela decides to face the threat as it does with those Russian military, you enter a scenario where the escalation of the threat of part and part can lead to a scenario that everyone is trying to avoid: the of the true use of force “, explains the analyst.

“The situation is intensely volatile and can lead to a result that neither party is genuinely willing.”