'Walk away' if EU does not yield on Brexit, Trump tells Britian - Rava
Recent View all
Review
Read more

Home  »  International   »   Donald Trump to Britain: ‘Walk away’ if EU does not yield on Brexit 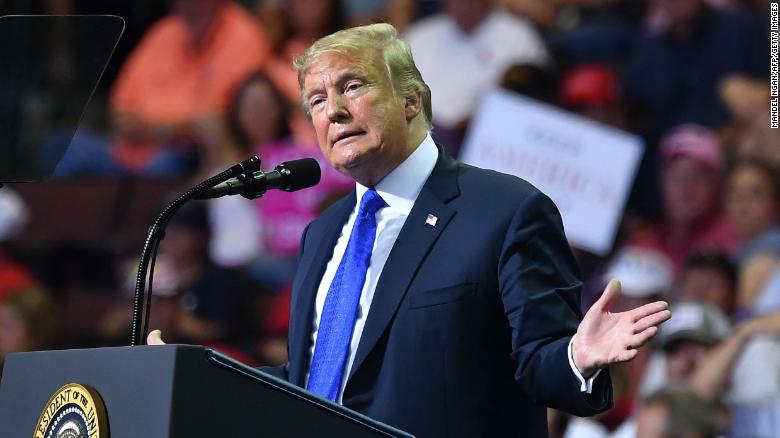 Donald Trump to Britain: ‘Walk away’ if EU does not yield on Brexit

U.S. President Donald Trump said Britain should refuse to pay a $50 billion (39.5 billion pounds) European Union divorce bill and “walk away” from Brexit talks if Brussels does not give ground.

According to sources, the intervention comes after Trump used another newspaper interview to declare that former foreign minister Boris Johnson would be an “excellent” replacement for May.

Once Britain leaves the EU, which Trump said must happen this year, then he would go “all out” to agree a trade deal.

British Prime Minister Theresa May will step down shortly after this week’s Trump visit, having failed to win backing for the Brexit divorce deal she negotiated with the EU.

Trump said her successor should pursue a “no-deal” Brexit if he or she could not get more concessions from Europe by the end of October, when Britain is due to leave.

“If they don’t get what they want, I would walk away,” he said. “If you don’t get a fair deal, you walk away.”

The 13 candidates already in the leadership race are split between those willing to accept a “no-deal” and those opposed.

In the “no deal” camp are former foreign secretary Boris Johnson, whom Trump praised in an interview with the Sun newspaper on Friday, along with former Brexit minister Dominic Raab and interior minister Sajid Javid.

Trump said the United States could work “very, very quickly” on a trade deal if Britain was not constrained by a transition period agreed with Brussels.

Indian troops martyr youth and injure many in occupied Kashmir

Former US policeman Noor jailed for murder of Justine Damond