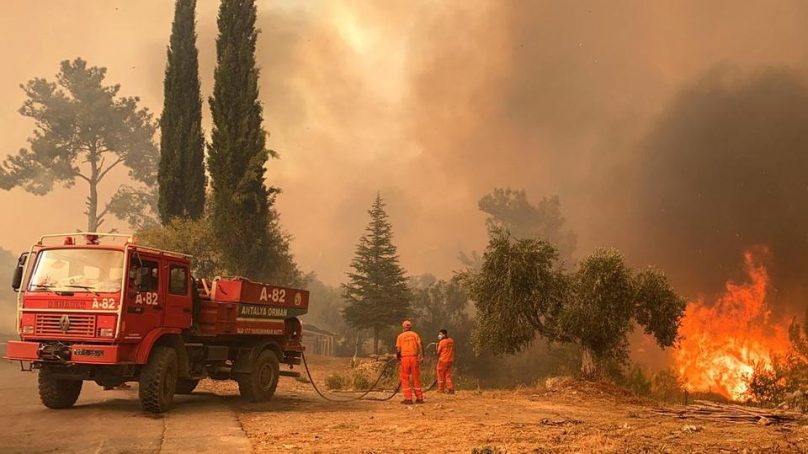 The best wasn’t good enough of the firefighters of Turkey as they continue to extinguish the wildfire in Turkey and rescue the tourists. Most of the erupted blazes have been put out and some are still left in Manavgat. The rescue team and firefighters have evacuated some tourists from Bodrum on the Aegean coast.

From the popular tourist spot, Bodrum, the tourists have been evacuated when the flames erupted and the smoke spread and covered the sky. Out of 112 fires that broke out in the past five days, 107 have been contained, as per the data by the authorities.

Thousands of people have been forced to leave their homes and six have died in the wildfires. The firefighters have been continuously on the war to put an end to the fires in Turkey.