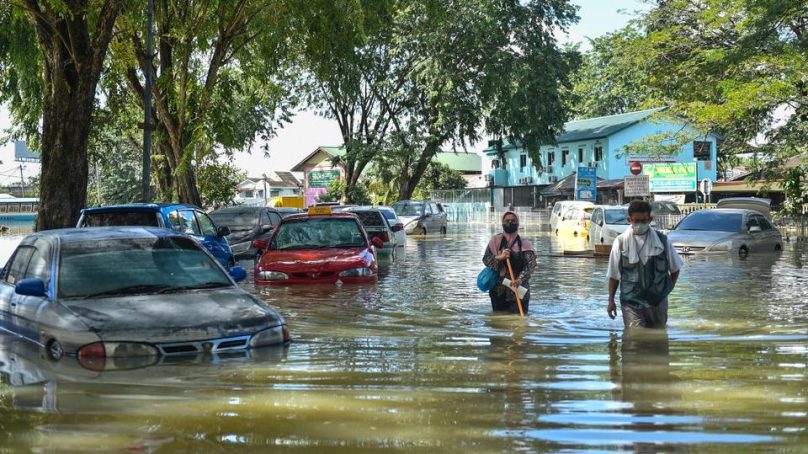 Massive floods hit Malaysia, the death toll rose to 14 and 70,000 people have been displaced. The Malaysian military sent boats to provide food to desperate people stuck in their homes. The cause of the flooding was torrential rain which triggered it worst all over the country. The cities and villages were swamped. One of the worst-hit countries is the most densely populated, Selangor which also encircles the capital city of Kuala Lampur.

Houses, buildings, cars, and more assets of people have been totally damaged. Some areas of Shah Alam are still covered with water where the military personnel is sending in food. People complained that the federal government has miserably failed them with the worst floods of their lives.