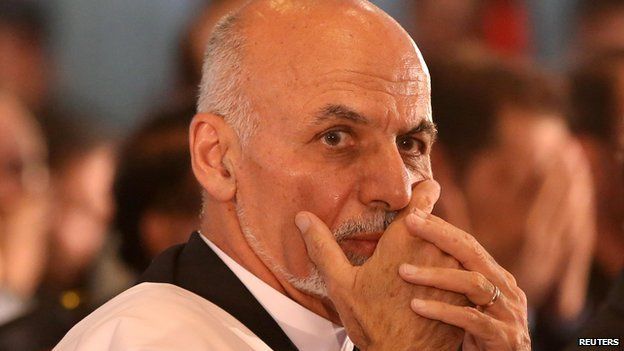 Making off with public money!

Brigadier General Piraz Ata Sharifi, the chief bodyguard of former Afghan president Ashraf Ghani, claimed that he had witnessed the Ghani fleeing Afghanistan with a bag of hundreds of millions of dollars of public money. Sharifi revealed that the former president left him to hide in the squalid cellar. He promised that now he was going to expose the corruption of Ghani and he also has the CCTV evidence to prove his claims.

Reminiscing the event of Ghani’s evacuation, the General said that they were waiting for the president but then he received a call that instead of coming to the Defence Ministry, the President had left for the airport. He told that the Defence Minister had also escaped along with Ghani’s close family and entourage.

Ghani abandoned him as he wasn’t privy to VIP evacuation like the former president. General Sharifi has a price on his head with his ‘wanted posters’ everywhere on Taliban security positions in Kabul. According to Sharifi, the Taliban show the General’s mugshot and say “(This is) General Piraz Sharifi, who also has the nickname ‘Ata’. He was the special guard of the president. He has 300 weapons with him now. If you know about the person or his location, you should inform the Islamic Emirate of Afghanistan. There is a reward for such information of one million Afghanis.” Moreover, General revealed that one of his brothers was already recognized in the street and shot.

Well, now that the cat is out of the bag, let’s see if any action is taken against the fugitive Afghan president!