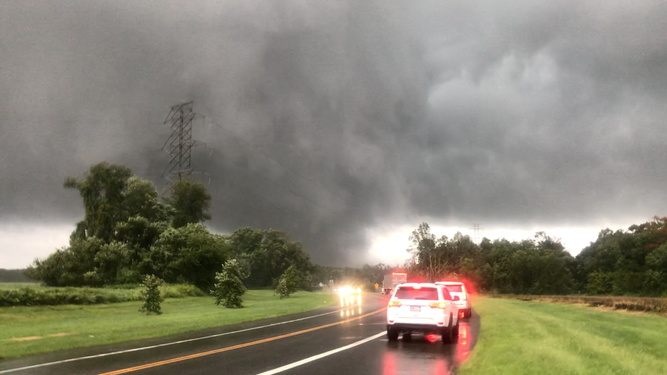 The record-breaking rains from tropical storm Isa led to heavy flooding in four states of America, especially New York and New Jersey. The governor of these states has declared a state of emergency to help the affected people and urged them to stay off the roads. The New York City mayor has described the weather as a ‘historic weather event’. The media has reported at least 25 deaths.

The subway lines of the entire New York City have been suspended. The flights between New York and New Jersey were also temporarily suspended. All non-emergency vehicles have also been banned from the streets of New York City until 5 am. The National Weather Service has issued at least five flash flood emergencies starting from the west of Philadelphia through northern New Jersey.

Apart from Atlantic City Rail Line, all New Jersey Transit rail services have been suspended due to the extreme flood. Nine homes have been destroyed in Mullica Hill, New Jersey.