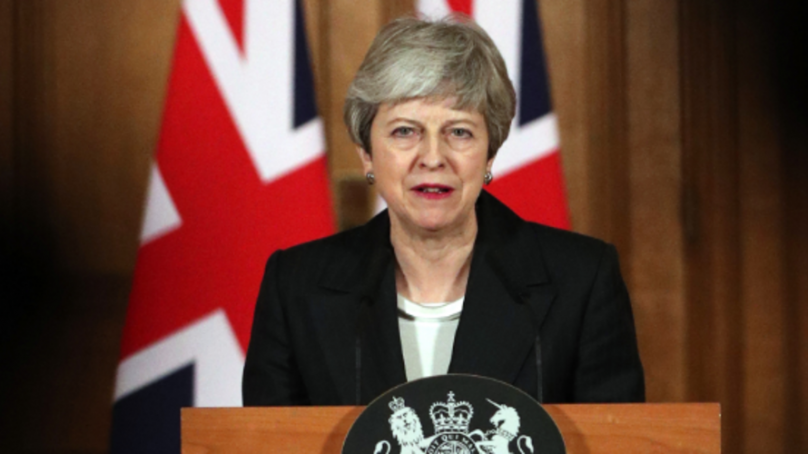 Theresa May communicated to the parliamentarians of her party her willingness to step down before the next phase of Brexit negotiations.

British Prime Minister Theresa May told parliamentary members of her party that she will resign after the British Parliament approves its agreement for Brexit, the UK’s exit process from the European Union.

“This has been a difficult time for our country and our party,” May said during a 1922 meeting of the Conservative Party.

“We’re almost there, we’re almost ready to open a new chapter and build that bright future, but before we can do that, we have to finish the job we have in hand.

“I heard very clearly the spirit that is in the game. I know there ‘s desire for a new approach – and a new leadership – in the second phase of negotiations Brexitand not be an obstacle to that .

“I know some people are worried that if they vote in favor of the withdrawal agreement, I interpret it as a command to run to the next phase without the necessary debate. I will not. I’m listening.

“But we need to get the agreement and comply with the Brexit .”

May did not set an exact date for her departure, but Laura Kuenssberg, the BBC’s political editor, points out that there is expected to be a dispute over the leadership of the Conservative Party in May. 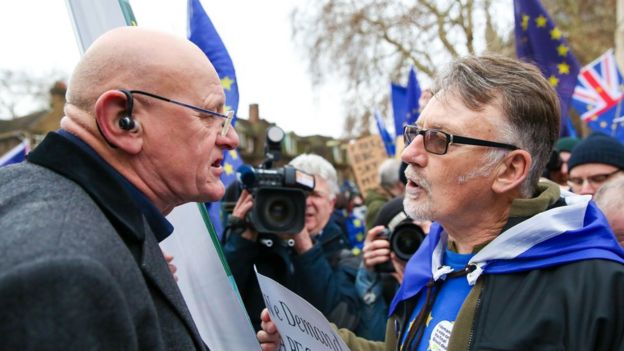 Image caption The British population is divided against the Brexit.

If the agreement for Brexit reached by May with the EU is approved in the British Parliament, the critics of the prime minister do not want it to be she who is in charge of the next stage of the negotiations.

In this phase, the United Kingdom and the European Union will have to establish what kind of commercial relationship they will have after the departure of the British.

May has said she wants to schedule a new vote on the agreement in the House of Commons this week, after parliamentarians rejected the plan twice by a wide margin .

The reactions to May’s announcement about his departure were immediate:

So hard Brexiteers will vote for the PMs “deal” not because it’s good for our country and the right thing to do – not even because it delivers Brexit but because it gets rid of the PM #Shameful https://t.co/rZxaFCPgHS

Prime Minister gave a dignified and honest speech at the 1922. She cares deeply about our country and is a patriot. People must now support the deal and move us forward.

Will there be a third vote?

The spokesman of the House of Commons, John Bercow, ruled last week that the government could not call a third vote unless there were “substantial changes” to the proposal.

Bercow warned the ministers that they should not “try to circumvent their ruling” by presenting procedures that could reverse their decision.

Copyright of the image AFP

Image caption The Speaker of the House of Commons, John Bercow, ruled last week that the Brexit agreement could not be re-voted if there were no “substantial” changes.

But a government spokesman argued that the “significant” change occurred during the Brussels summit last week, after May secured “additional guarantees” on Ireland and the change of departure date.

Extension of the term

Indeed, the leaders of the European Union agreed last Thursday to postpone the Brexit beyond March 29, date originally scheduled for the UK’s withdrawal from the bloc.

Although May had requested an extension until June 30, the EU agreed to extend the deadline until May 22 only if the British Parliament approves the “divorce” agreement.

If the deputies do not approve such an agreement, the EU will accept a shorter delay, until April 12, to give time to London to indicate which is the way forward.