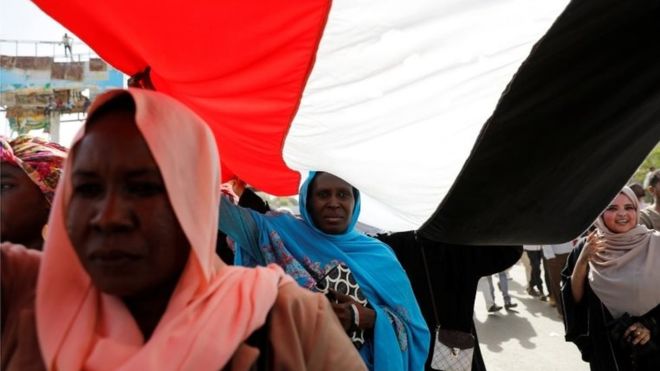 How Sudan is becoming the battlefield between Saudi Arabia and Turkey

Sudan, amid the interests of Saudi Arabia and Turkey.

Since the emergence of the so-called “Arab Spring” in the Middle East eight years ago, this region has undergone a profound change.

In many cases, authoritarian governments did not suffer any major challenge. Elsewhere, they managed to regain power quickly, as happened in Egypt, and in some more slowly and only partially, as is the case in Syria.

But the chaos and the blood bath lived in Syria responds to a large extent to the influence of external actors.

And now there is a risk that a second wave of popular discontent – especially in Sudan – may be heavily influenced by other countries.

That does not mean that Sudan is at risk of following the path of division and of the hard struggles between communities that have plagued Syria.

But many of the same factors that are shaping the contemporary Middle East are also operating in Sudan.

Particularly, the growing role of Saudi Arabia that, together with its Gulf allies, is waging a battle of influence on many fronts against Qatar and, especially, Turkey.

This regional rivalry is explained and facilitated to a large extent by the outstanding absence of the United States as a major diplomatic actor. They have also been partially eclipsed by Russia, which has used its presence in Syria as a means to return to its place at the Middle East diplomatic table.

Protests that are not heard

Notably, the Saudis have taken and maintained the diplomatic initiative.

They along with the UAE have given financial aid to Sudan , including an immediate injection of cash and transfers of cheap oil, food and medicine.

While Egypt, another ally of Riyadh, has also had a role in using its diplomatic muscle in the African Union. 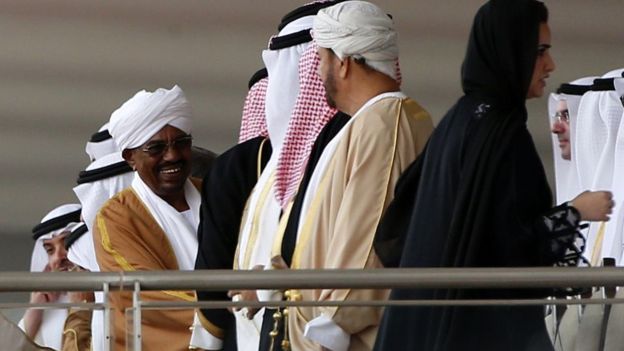 While the Saudis appear to be supporting the country’s generals, Turkey and Qatar are more aligned with the Islamists in Sudan.

It should be clearly noted that none of these external actors is very interested in the voices of popular protests in the country or in the development of a truly democratic Sudan.

Each of them wants to see stability for their own reasons.

What there really are are two “marks” of authoritarianism that seek to push their supporters to positions from which they can influence the future in Khartoum.

Sudan has changed its own alignment in a significant way.

A decade ago, before the Arab Spring, it was seen as a state that sponsored terrorism ; it was not only the object of US sanctions for its behavior in the Darfur conflict, but it was the target of missile attacks launched by Washington.

Sudan was seen as a friend of the Islamists and Iran. Subsequently, the Saudis managed to attract Sudan to a broad Sunni coalition.

It is not, therefore, by accident that a significant Sudanese military contingent has joined Saudi Arabia in its controversial campaign in Yemen. 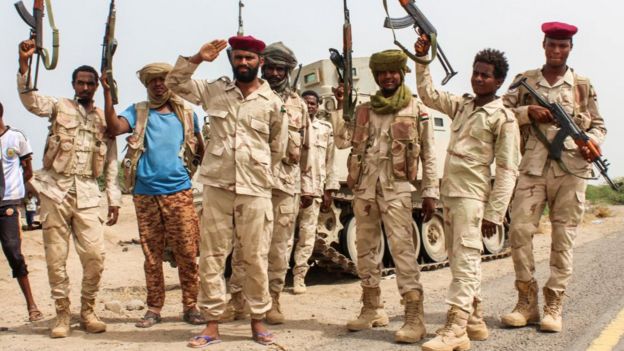 Image caption Sudanese forces have been fighting in Yemen with the Arabs.

More recently, the loyalty of Sudan has been in dispute.

In March 2018, Qatar, Turkey and Sudan signed agreements for the development of the port of Suakin, in the Red Sea, and for the probable installation of a small Turkish naval base there.

In fact, Qatar was the first to receive calls from then-President Omar al Bashir, when the protests began in January. Now, however, it seems to be the Saudi axis that exerts the most influence.

The absence of the great actors

In spite of everything, much will still be decided by the courage of the people who have been demonstrating in the streets. There is no model ready to be applied to Sudan from abroad.

But, the course of this crisis is educational.

The great international actors – the UN, the European Union, the African Union, among others – have barely been present.

And to some extent this is because, for better or for worse, one of the great galvanizing forces of politics in the region is absent.

The government of the United States, led by Donald Trump, is not – to put it in the simplest terms – very interested in Sudan.

Copyright of the AFP imageImage caption In Sudan there have been protests against a military regime following the deposition of Al Bashir.

Diplomatic entrenchment seems to be the order of the day. Washington does not seem very interested in the region as a whole and sends constant signals that it wants to reduce its military involvement there as much as possible.

The United States maintains forces in Syria but is far from being the one who sets the tone in relation to the future diplomat of that country.

Many analysts see the lack of interest of the White House in Sudan as an opportunity lost by the United States to lead a diplomatic process that could help shape the future of the country .

And for many, there is more than a strong suspicion that Trump is unlikely to act against the interest of his great Saudi ally.