‘I Do Not Regret My Decision’, Joe Biden on Pulling out Forces from Afghanistan - Rava.pk
Recent View all
News
Read more

Home  »  International   »   ‘I Do Not Regret My Decision’, Joe Biden on Pulling out Forces from Afghanistan 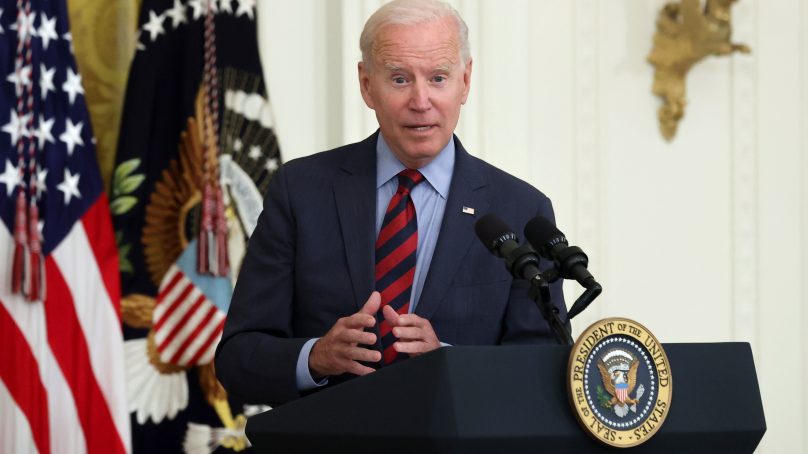 Joe Biden clarified that he doesn’t regret his decision for pulling out forces from Afghanistan. He believes that it is time for Afghans to realize that they should come together politically and fight for themselves and the nation.

Do you think it’s a smart political move?

US President Joe Biden has considered changes that he has made with his plan to withdraw his troops from Afghanistan. The Taliban continue to take over the at-war country and seize the provincial states but Biden believes that Afghans should unite and fight for themselves.

Biden ended America’s longest ongoing war when he commanded to pull out the US troops from Afghanistan by September 2021. The removal of service members and equipment out of Afghanistan is almost coming to an end and the US mission will be completed by 31st August.

When Biden was asked by the reporter if he could change his decision of troops withdrawal, he said no. He added that the USA has spent more than a trillion dollars in two decades and they have trained over 300,000 Afghan forces so, now is the time for Afghan forces to exhibit their potential and protect themselves. Moreover, he said that the USA has lost thousands of personnel to death and injury but it will come to an end now but they will keep their commitment to providing support.