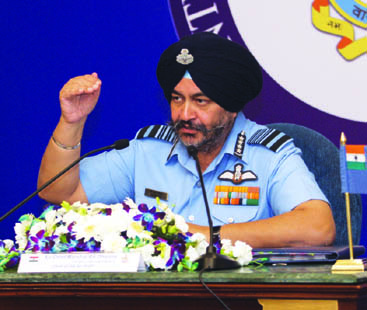 The Indian Air force is still flying 44-year-old MiG-21 fighter jets when no one even drives cars that old, Air Chief Marshal BS Dhanoa was reported telling the Indian media on Tuesday.

“We are still flying MiG-21 which is 44 year old but nobody driving cars of that vintage,” Air Chief Dhanoa said in company of Defence Minister Rajnath Singh by his side. He was speaking at a seminar on modernization and indigenisation of the Indian Air Force. Dhanoa said the basic version of the Russian fighter jet would be phased out this year. “Hopefully, I will fly the last sortie in September,” he said.

The aircraft is in service for decades using Indian overhauling components. “Over 95 per cent of components required for the overhauling are made in India. The Russians are not flying the MiGs but we are because we have overhauling facilities,” said the Indian air chief. The jet flown by Wing Commander Abhinandan Varthaman, which was shot down by the PAF and its pilot captured in the post Balakot air strikes, was an upgraded variant called the MiG-21 Bison.

Tensions in occupied Kashmir have potential for increased regional instability: US