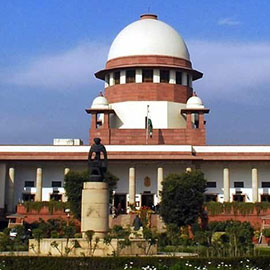 Chief Justice of India Ranjan Gogoi has directed the Indian government to ensure normalcy is restored in Jammu and Kashmir.

However, he added that restoration will however be done on a “selective basis, keeping in mind national interests”. The Indian Supreme Court bench refused to pass any order on restoration in Jammu and Kashmir.

He also announced on Monday that he would visit Kashmir’s Srinagar himself to make sure people are able to approach the Jammu and Kashmir High Court.

The court also issued a notice to the Indian federal government on the detention of former Kashmir chief minister Farooq Abdullah. He was detained under the Public Safety Act last month.

Indian-Administered Kashmir has been under lockdown since August 5 when India imposed a curfew, banning internet services and other modes of communication in the area. The curfew came hours before the Centre revoked Article 370 of its constitution and repealed the special powers granted to Kashmir.

US to reveal Saudi official allegedly tied to 9/11 attackers