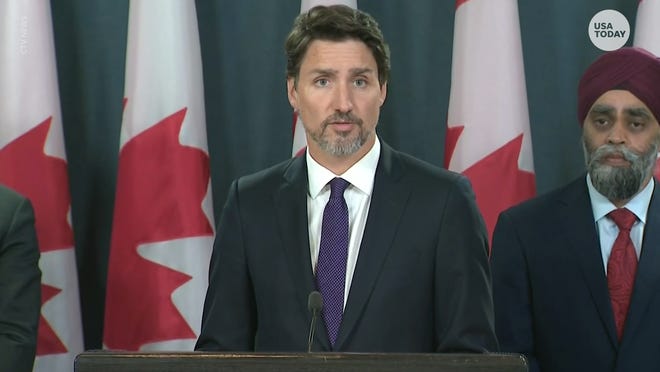 Canadian Prime Minister Justin Trudeau on Thursday said that several intelligence reports have suggested that Iranian missile shot down a Ukrainian airliner after it took off from Tehran’s Imam Khomeini International Airport, in which all 176 on board, including 63 Canadians, died.

Trudeau’s comments came as video emerged that seemed to show the moment the aircraft was hit.

The video, which was also verified by the New York Times, shows a fast-moving object mounting at an angle into the sky before a bright flash is seen, which dims and then continues to move forward. An explosion is heard a few seconds later.

Ukrainian airliner crashes in Iran; all 176 aboard dead

Arrests over plane tragedy have been made: Iran