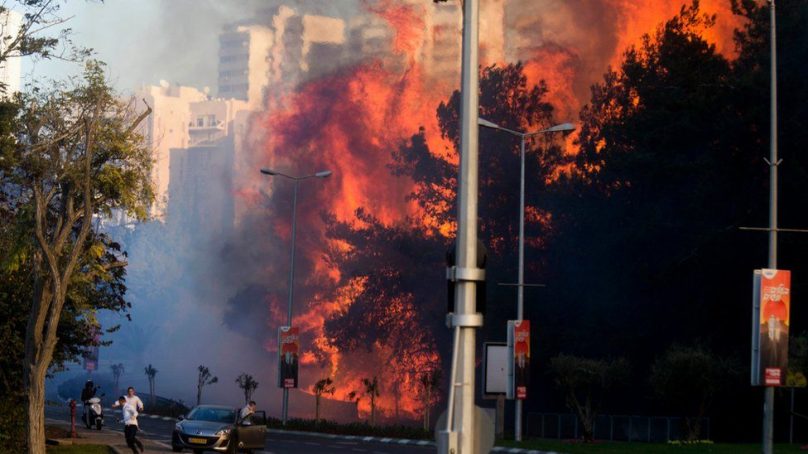 The Israeli leaders are seeking help from the international allies to help combat the wildfires that have continued to spread near Jerusalem for the second day. The flames forced the residents to evacuate their homes as the country is witnessing the worst inferno since Carmel Blaze in 2010. Israeli firefighters are relentlessly working to contain the fire but the flames continue to spread, leading the country to ask for external assistance.

The team of 75 firefighters has been fighting against the worst wildfires in the history of Israel accompanied by 12 planes in the forested hills west of the city. The reports say that fires have burned 17 square kilometers (6.5 square miles) of the forest.

According to the firefighters, they were able to control the fire overnight but the heavy morning winds and extremely dry weather conditions fueled the fire to rage out. 2000 residents have been forced out of their homes and the fire consumed 20,000 dunams (5,000 acres) of forest outside Jerusalem. So far, no casualty has been reported.

Foreign Minister Yair Lapid confirmed that he has asked his Greek counterpart, Nikos Dendias for the additional aircraft to increase firefighting efforts as Greece has promised Israel to help in every possible way. Moreover, he has also reached out to France, Cyprus, and Italy for more assistance.

Do you the fire is a man-made or natural catastrophe?