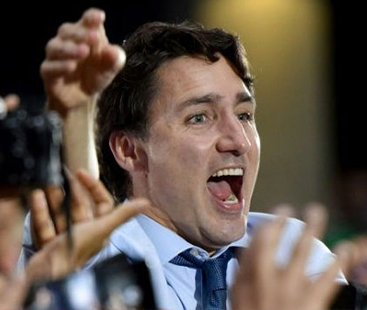 Justin Trudeau’s golden-boy image was blotted by ethics lapses and scandals going into Monday’s Canadian elections, but he managed to secure a second term to build on his past achievements — albeit with a weakened minority government.

The first-born son of late prime minister Pierre Trudeau had swept to power in a landslide in 2015 with a mop of dark curly hair and confident swagger, jumping into crowds to take selfies with adoring young fans.

Four years later, at 47, he faced a barrage of criticism on the campaign trail, and even threats — forcing him to appear at a rally in a bulletproof vest.

As a self-declared feminist, his cabinet was equally split with 15 men and 15 women in his first term, during which he resettled tens of thousands of Syrian migrants.

“It’s all about openness, tolerance and respect for diversity, at a time when public discourse has become bigoted and xenophobic.”