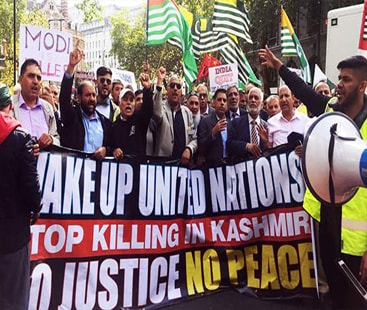 Thousands of protesters on Tuesday assembled at Parliament Square in London and marched to the Indian High Commission to stage a strong protest against India for committing gross violations of human rights in occupied Kashmir since Modi regime revoked special autonomy of the Himalayan region.

A large number of women and children also participated in the rally while demonstrators chanted full-throat slogans against the ruling Bharatiya Janata Party (BJP).

A heavy contingent of police was deployed at the scene to prevent any violence.