NASA: the agency's harsh condemnation of India for a "terrible" threat to the International Space Station - Rava
Recent View all
Reviews
Read more

Home  »  International   »   NASA: the agency’s harsh condemnation of India for a “terrible” threat to the International Space Station 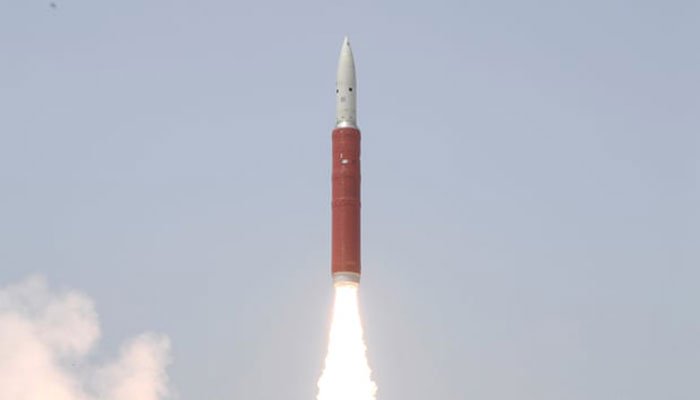 India is the fourth country to perform an ASAT test.

This is how the National Aeronautics and Space Administration of the United States (NASA) described the destruction of a satellite by India on March 27.

According to the space agency, the demolition of the device could have endangered the International Space Station (ISS).

NASA administrator Jim Bridenstine said the risk of debris colliding with the ISS increased by 44% in 10 days due to that operation.

However, he assured that the ISS remains safe. “If we need to maneuver it, we will do it”.

India is the fourth country to perform a test of this type.

Image caption From NASA they warned of the dangers that the International Space Station may suffer from debris in space.

In a speech in front of NASA employees, Bridenstine harshly criticized the anti-satellite weapons test (ASAT).

He said NASA had identified 400 pieces of orbital debris and was tracking 60 pieces over 10 cm in diameter. He explained that 24 of those pieces represent a potential risk for the ISS.

“It is terrible, terrible to generate an event that sends a magnitude of debris above the ISS, and that kind of activity is not compatible with the future of human space flight.”

A day after India successfully conducted its ASAT test, US defense secretary Patrick Shanahan warned that the event could create a “disaster” in space, although he said Washington was still studying the impact.

India insisted that it carried out the test in a low Earth orbit, at an altitude of 300 km to avoid leaving space debris that could collide with the ISS or the satellites.

“That’s why we did it at a lower altitude,” he told Reuters, G. Satheesh Reddy, head of the Research and Development Organization for the Defense of India.

Bridenstine acknowledged that it is true that this will end up happening.

“The good thing is that it was low enough in Earth’s orbit to eventually dissipate all of this,” he added.

China caused an international alarm with a similar test in 2007.

The administrator of NASA said that “many” of the debris created by that test still remain in orbit.

The US Army it tracks nearly 10,000 pieces of space debris , almost a third of which are said to have been caused by the Chinese test.

Supporters of gun control expressed concern about the growing militarization of space.

ASAT technology would allow India to eliminate satellites from enemy powers in any conflict, and it is likely that the test will feed the growing regional rivalry between India and China.

The announcement also angered opposition parties in India, which accused Prime Minister Modi of using the test as a political trick before the general elections scheduled for April 11.

Stoning of gays in Brunei: Hassanal Bolkiah, the billionaire sultan who approved to punish homosexuals with Islamic law