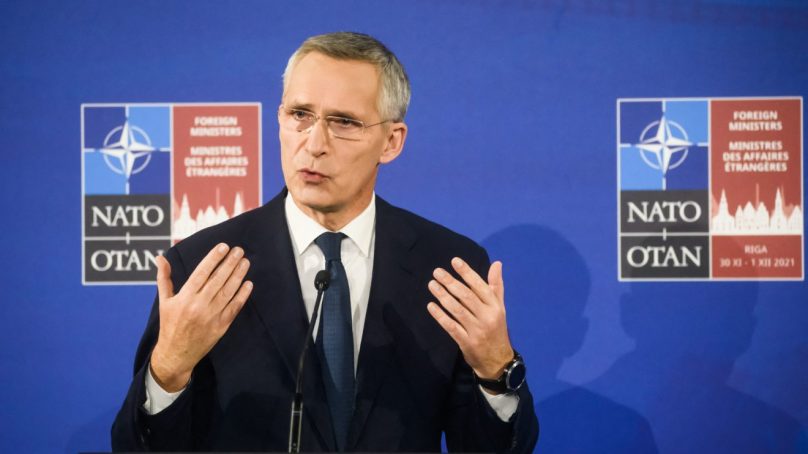 NATO and the US on Tuesday warned Russia against any new military aggression against Ukraine.

“Any future Russian aggression against Ukraine would come at a high price and have serious political and economic consequences for Russia,” NATO Secretary-General Jens Stoltenberg said.

The US and other Western allies have warned of a large deployment of Russian forces and arms along the border with Ukraine, upping the risk of a possible new incursion. Russia attacked and captured Crimea in 2014 and has sponsored armed dissenters in a nearly eight-year-long war that continues in the eastern Ukrainian region of Donbas.

“The situation in and around Ukraine remains fluid and unpredictable,” Stoltenberg said. “There is no certainty about Russia’s intentions. We see a significant and unusual concentration of forces, which is unjustified and unexplained, and accompanied by heightened rhetoric and disinformation. And we know that Russia has used force before against Ukraine and other neighbors.”

Russian President Vladimir Putin, however, hit back by stating that placing weapons or soldiers in Ukraine would be unacceptable for the Kremlin and spark a significant response.

Putin also said that Russia had the capacity to deploy hypersonic missiles. “We would have to create a similar threat for those who are threatening us,” he warned.