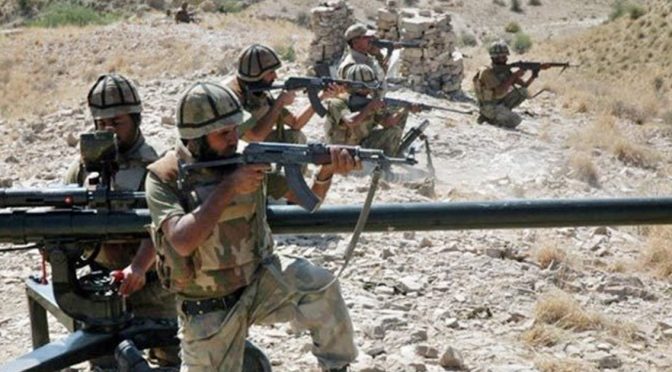 In the intelligence-based operation conducted in North Waziristan, security forces killed two terrorists in the Razmak area. According to Inter-Services Public Relation (ISPR), when the forces received the insight of the presence of terrorists in the area, the operation was carried out immediately. The forces also recovered arms and ammunition from the terrorists. Moreover, the clearance of the are is continued in search of more terrorists in the locality.

A day before the incident, security forces had already killed five terrorists in an intelligence-based operation in South Waziristan District. Moreover, during the exchange of fire, seven soldiers were also killed.