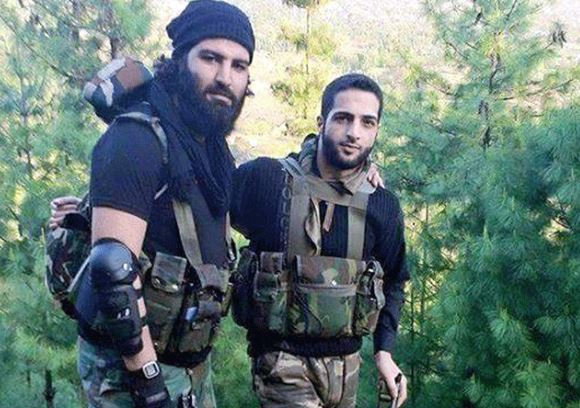 In occupied Kashmir, complete shutdown marked by curfew and other restrictions is being observed across the territory to commemorate the third martyrdom anniversary of popular Kashmiri youth leader, Burhan Muzaffar Wani, today (Monday).

The shutdown call was given by the Joint Resistance Leadership to pay tributes to Burhan Wani, his associates and other martyrs of 2016 mass uprising and to reaffirm the Kashmiris’ resolve to take the ongoing freedom movement to it its logical conclusion. Burhan Wani was martyred by Indian troops in a fake encounter in Kokernag area of Islamabad district on July 08, 2016.

Thousands of posters surfaced in every nook and corner of the valley urging people to ‘March Towards Tral’. The posters carrying pictures of Burhan Wani were published by ‘Warseen-e-Shuhada’. These posters were displayed at all important places including highways and streets in Srinagar, Budgam, Ganderbal, Kulgam and Islamabad and other districts of the territory. The Indian authorities arrested two youth on the charge of pasting posters in Srinagar. They also snapped internet services in Islamabad, Pulwama, Kulgam and Shopian districts.

Thousands of Indian soldiers, paramilitary forces and police personnel are patrolling deserted streets across the territory to enforce strict curfew and other restrictions. Special restriction have been imposed in the areas falling under the jurisdiction police stations including Maisuma, KralKhud, Khanyar, Nowahatta, SafaKadal, Maharaj Gunj and Rainawari in the city.

The authorities also sealed the house of Burhan Wani and his grave at Shariefabad in Tral, the hometown of Burhan Wani. All roads leading to the town have been completely blocked with concertina wires to prevent the march. Youth on the other hand have created pro-Burhan graffiti on the shutters and walls across Tral town.