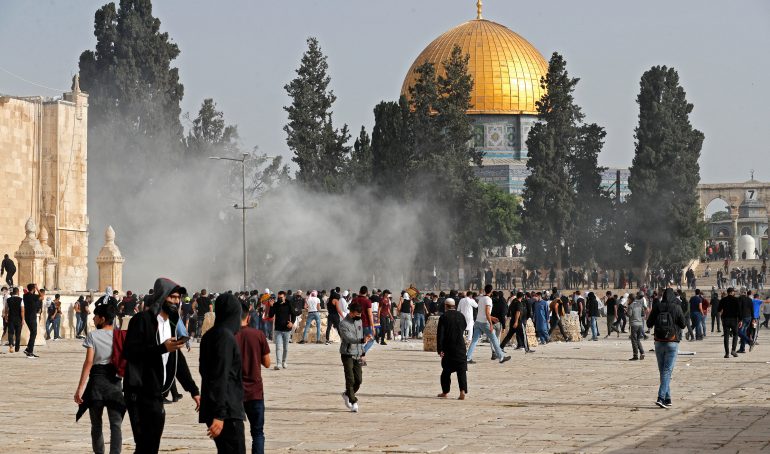 Approximately 1210 settlers broke into the Al-Aqsa Mosque in Palestine. The settlers forced themselves in with the Israeli-controlled Al-Mughrabi Gate which is located southwest of the mosque. The group of eyewitnesses has confirmed that when settlers barged in through the Bab Huta Gate and King Faisal Gate they came across many Palestinian worshippers.

The purpose of the incident was to destroy the mosque which the Israelis call “destruction of the temple”. The Israeli forces have also shut the gates to Al-Aqsa.