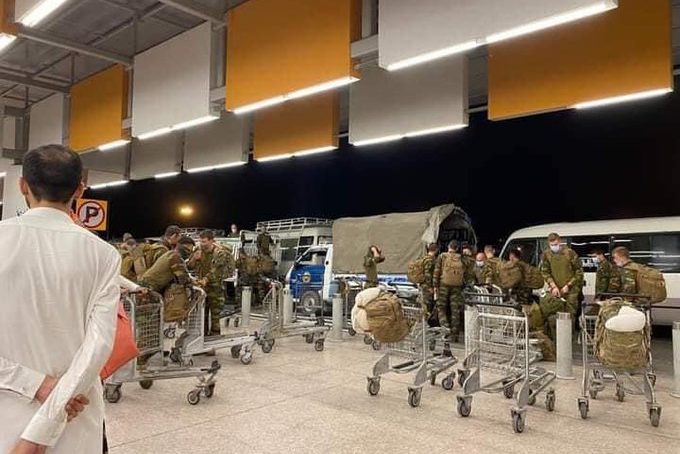 A US military plane carrying US soldiers has recently landed at Islamabad Airport and is ready to be accommodated at the hotels in the capital. Imran Khan has provided refuge to the US soldiers in the country. This is initiative serves as the peace sign after Khan was bashed by the US government when he was asked in a BBC interview if he would allow the American government to use his land to conduct counter-terrorism missions against Al Qaeda, ISIS, and the Taliban, to which he replied “Absolutely not”

Over 20,000 Afghans have been evacuated after the Taliban have taken over Afghanistan. 332 military and private planes have landed at the Islamabad airport. The evacuation mission that started on August 16 has continued to fulfill the purpose.

The evacuation flights are only operated by Islamabad airport, the operation has been suspended by Karachi, Peshawar, and Lahore airports. The US troops have been evacuated in the US military planes. The sources at the aviation have confirmed that the special arrangement had been made at Karachi, Peshawar, and Lahore airports but now they have been suspended.

Moreover, upon the request of the US and NATO for offering assistance in Afghan and US soldiers’ evacuations, Pakistan has agreed to continue the mission.

What do you think about this development?

PDM to march on Islamabad to remove PM Khan