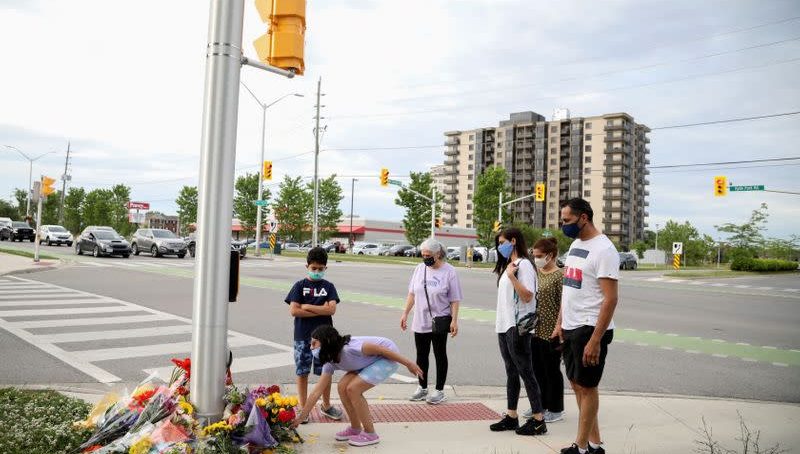 A truck driver ran over the Pakistan-origin Muslim family of four people in the south of Canada’s Ontario. The police have called it a premeditated attack. The killer escaped the scene after murdering the Muslim family and got arrested at a mall in London, Ontario.

Detective Superintendent Paul Waight explained that it seems to be a pre-planned murder driven by hate and Islamophobia. The victims were killed because they were Muslims.

The names of the victims have not been disclosed however, there was a 74-year-old woman, a 15-year-old girl, a 46-year-old man, and a 44-year-old man. Moreover, a 9-year-old boy was also a victim of the crime and is now hospitalized.