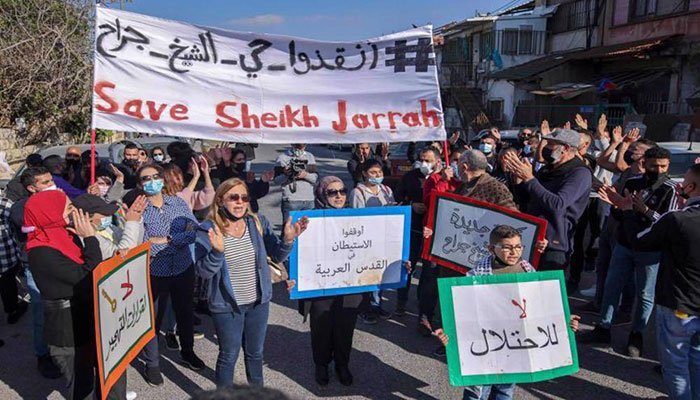 Palestinians staged a protest demonstration outside the Jerusalem court against “Israeli Settlement”. The protest continued in support of Palestinian families who were forced out of their homes by Israeli settlers in East Jerusalem. The Palestinian families in Sheikh Jarrah requested the court to hear an appeal of the 11-day bombing by Israel on the Gaza Strip that had caused the loss of many precious lives and ended in a ceasefire that Israel shamelessly broke multiple times.

The Israeli Supreme Court has offered their so-called help to the families in the Sheikh Jarrah neighborhood and promised to give a ‘secure status’. The offer established that the Palestinians will not be forced out of their homes but didn’t give them the ownership of their own property.

The Supreme called a hearing that ended without any conclusion. This led to the people of Palestine protest outside the court against this ‘Israeli Settlement’.