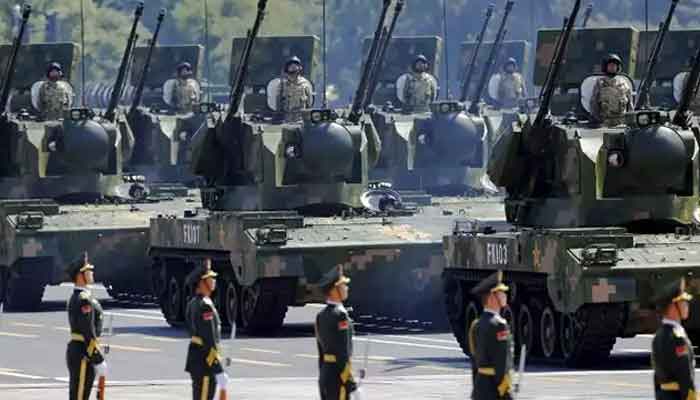 The US Defense Department expects China to establish  more military bases around the world, including  in Pakistan, to protect its investments in  ‘One Belt One Road’  global infrastructure program, according to an official report released on Thursday.

According to report, China  currently has just one overseas military base, in Djibouti, but is believed planning others, including possibly Pakistan, to   advance its projects such as the ‘One Belt, One Road’ Initiative (OBOR).

“China´s advancement of projects such as the ´One Belt, One Road´ Initiative (OBOR) will probably drive military overseas basing through a perceived need to provide security for OBOR projects,” the Pentagon said in its annual report to Congress on Chinese military and security developments.

“China will seek to establish additional military bases in countries with which it has a longstanding friendly relationship and similar strategic interests, such as Pakistan,” the report said.

But target locations for military basing could include the Middle East, Southeast Asia, and the western Pacific.

“China’s Belt and Road Initiative (BRI), publicly released in 2013 and formerly named “One Belt, One Road,” aims to expand economic and commercial ties to China by financing, constructing, and developing transportation infrastructure, natural gas pipelines, hydropower projects, technology and industrial parks throughout the Indo-Pacific, Africa, the Middle East, Europe, and the Americas. China views BRI as a way to enhance its trade connectivity”, the report said.

Moscow: at least 41 people die after the emergency landing and fire of an Aeroflot plane