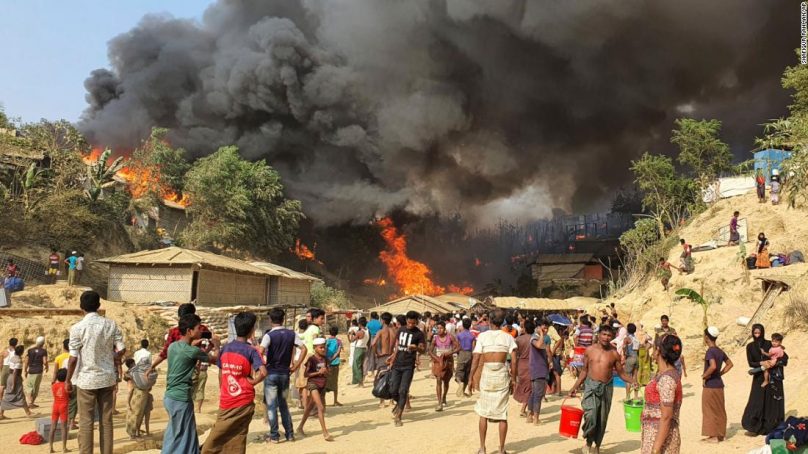 A massive fire broke out in the Rohingya refugee camp in Bangladesh. As a result, casualties have been witnessed with 400 missing and 15 dead people.

Almost a million refugees were residing in the camp in the biggest refugee camp in the world when the fire broke out. Most of the refugees were Muslim minorities who had escaped from the cruelty of Myanmar. In total, 560 people are reported injured and at least 10,000 shelters have been destroyed.

According to the UN Refugee Agency’s representative in Bangladesh, they are still oblivious to the cause of the fire. However, this is quite devastating and the world has never seen a fire like this before.

Putin retaliates against Biden upon calling him a killer