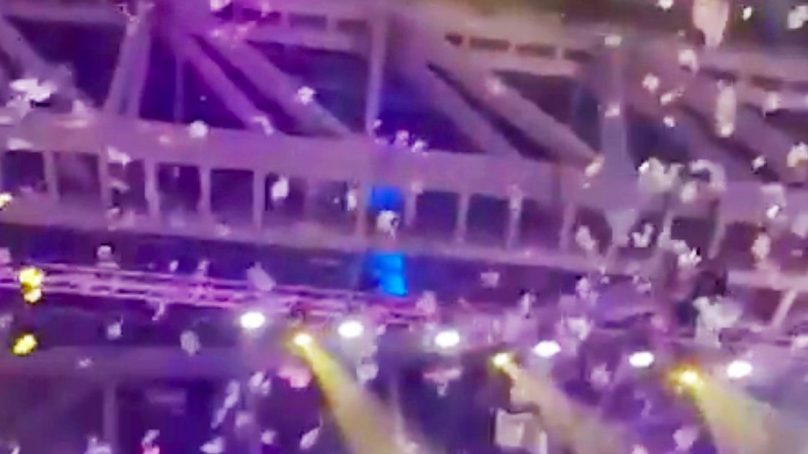 A Russian businessman, Igor Rybakov, shocked a business conference by showering dollar bills worth $20,000 into the audience.

According to reports, people tousled to pick up the money, as the tycoon told them he wanted to help budding Russian entrepreneurs get started and succeed in their respective fields.

Footage shows a countdown on a big screen prior to the raining of the money at the Gazprom Arena in St Petersburg.

As the notes fly around in the air, flabbergasted people can be seen looking up before amassing some of the money from the floor.

The tycoon then walks onto the stage to inform the audience about how he began building his $1.3 billion fortune when his father Vladimir, a Communist-era engineer, gave him just $1.

The magnate said that his father told him to multiply the money and then share it with people, especially the underprivileged.

He said he acted upon his father’s advice and is now one of the 100-plus Russians to become dollar billionaires during the Vladimir Putin era.

Wearing a hoodie inscribed with his name in English, Rybakov announced: “My father gave me this ticket. I am passing it on to you now.”